The annual commemoration of the crash of American Airlines Flight #587 was held Tuesday in Rockaway, with mourners gathering for a ceremony centered around a bell ringing and minute of silence marking the exact moment of the crash followed by a reading of the names of the 265 victims.  The flight was headed from JFK to the Dominican Republic and the passengers were predominantly Dominican and Dominican-American.  Five of the victims were Rockaway residents killed by the falling aircraft.

The cold wet windswept morning brought an added dose of misery to the attendees remembering the lost, with the temperature falling through the 40’s as a light rain fell.  There were fewer attendees than recent years, due perhaps to both the weather and the gradual fading that passing years brings, but the memorial remains a deeply sad annual moment in the City’s civic life, resurfacing the attendees’ grief as they gather to focus on their lost family and friends and recall the shock of tragedy as the City struggled to recover from the September 11th attacks that had just occurred.

Mayor Bill de Blasio spoke at the ceremony for the sixth time as mayor.  His first appearance was marred by a late arrival in which he missed the moment of silence, angering attendees and provoking widespread public outrage.  He’s arrived timely for all subsequent Flight #587 ceremonies, often going through the crowd before the ceremony to greet attendees.  This year he arrived shortly before the ceremony and spoke with a couple of attendees and Assembly Member Stacey Pheffer Amato as he walked in.  (Pheffer Amato was the only other elected official to attend.)  Afterwards he led attendees to the memorial wall, placing flowers, talking, looking at photos of the lost and posing for photos with mourners.

Mayor de Blasio did not take any press questions. 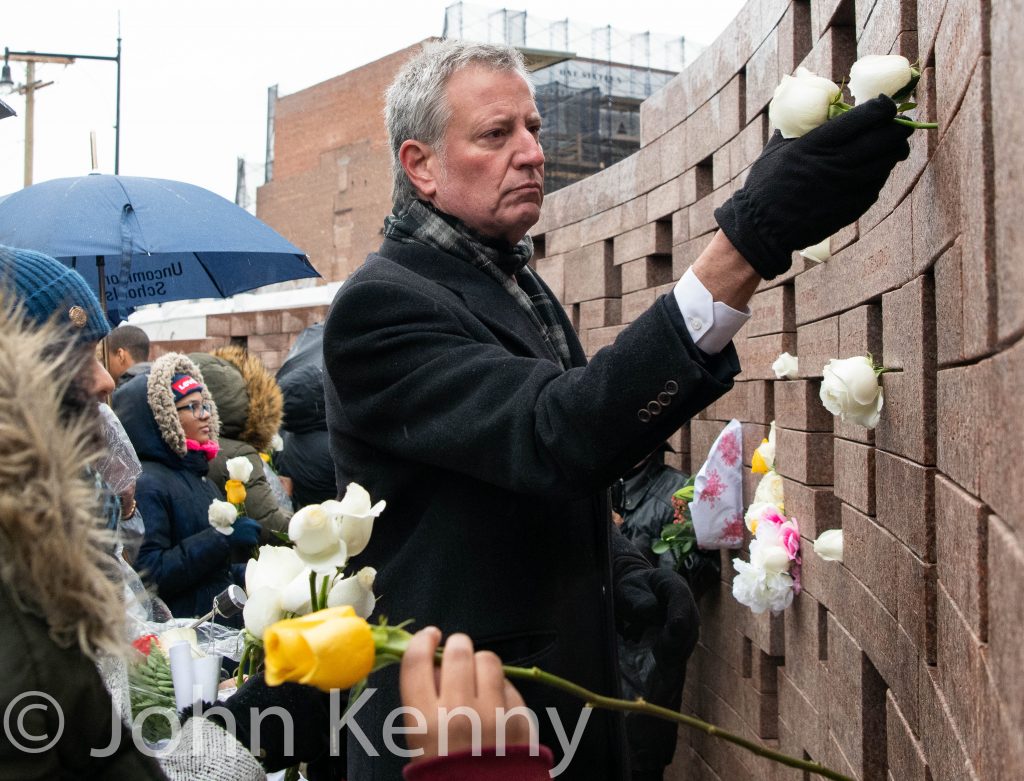