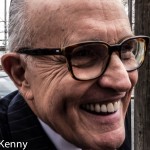 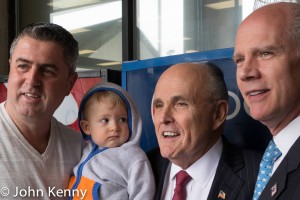 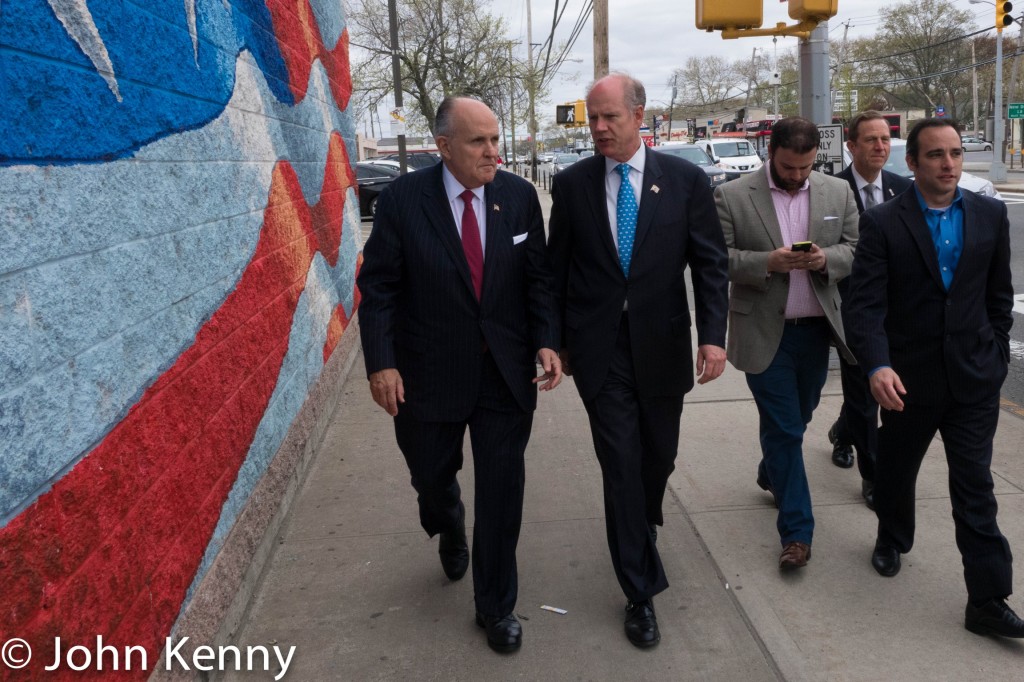 END_OF_DOCUMENT_TOKEN_TO_BE_REPLACED

Donovan responded to my question seeking his view on the possible funding transfer by discussing the importance of addressing fraudulent claims.  That’s important, but not a solution to the difficult challenge of funding social security disability payments.  When pressed, he spoke of the importance of preserving the “trust fund”, suggesting that he would not support diverting retirement account money from the “trust fund” to make disability payments.

We spoke at the conclusion of Donovan’s visit to a senior center on Staten Island.


Does Staten Island District Attorney and Republican congressional candidate Dan Donovan share Rudy Giuliani’s view that Mayor Bill de Blasio bears some responsibility for the murders of NYPD Detectives Rafael Ramos and Wenjian Liu?  It’s hard to say, as Donovan avoided directly answering that question on Tuesday.  At a Donovan fundraiser Saturday Giuliani asked the crowd “do you think [the killer] would have shown up here when I was mayor?”

Here’s how Donovan responded when I asked him whether he shares Giuliani’s view:

I spoke with Donovan following his visit to a Staten Island senior center Tuesday.  Giuliani made his comments Saturday at a fundraiser for Donovan.


“It’s a Republican.”  That was Dan Donovan’s frequent reply as he worked the crowd at the Mount Loretto Friendship Club, a senior center at the southwest corner of Staten Island on Tuesday.  Sharing that, at age 58, he’s about have his first child produced excitement, some applause and a bit of befuddlement with many asking the age old question: Boy or girl? 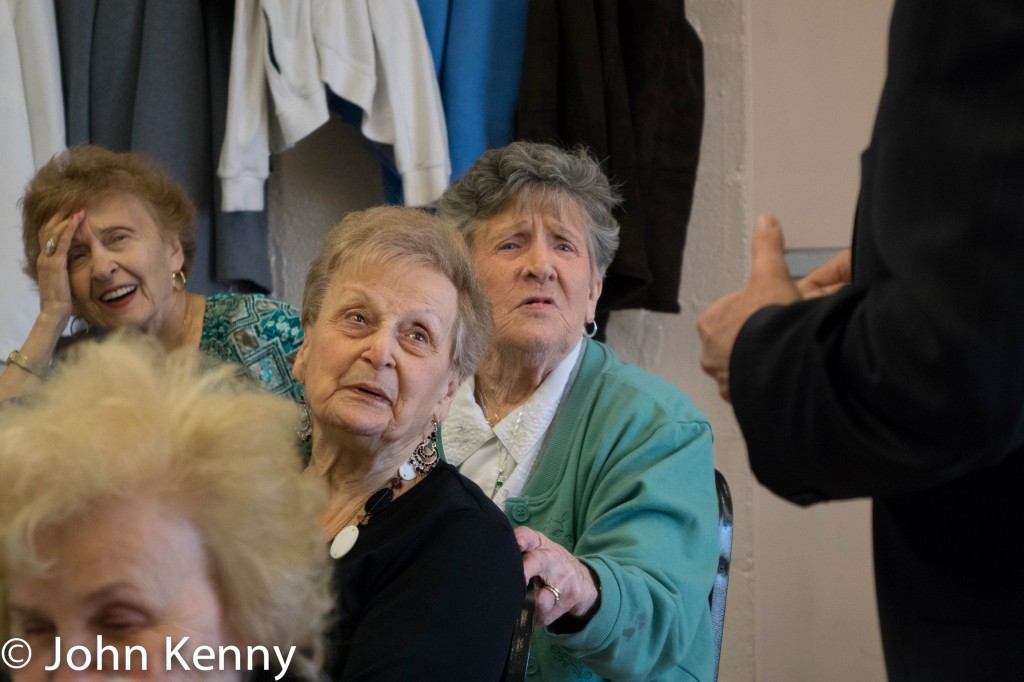 END_OF_DOCUMENT_TOKEN_TO_BE_REPLACED

Here’s a brief excerpt in which Giuliani essentially lays blame for the December murders of NYPD Detectives Ramos and Liu on Bill de Blasio:

Flashback:  Mayor de Blasio in March with a less-harsh view of their relationship.

Photos: Our photo gallery from the Donovan/Giuliani fundraiser is here. 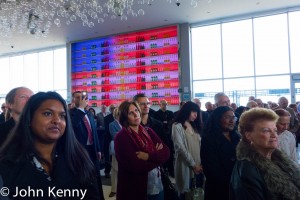 
Dan Donovan dismissed complaints that he’s participated in too few forums and confirmed that he does not plan to attend any additional candidate forums or debates ahead of the May 5th 11th Congressional District special election.  Donovan has participated in three forums/debates, not attending an additional four forums held by various groups.  We spoke with Donovan outside of a Chinatown press conference where he received the endorsement of the Lin Sing Association.


Democratic candidate Vincent Gentile has received little outside support so far as he campaigns toward a May 5th special election.  The 11th Congressional District seat he’s seeking is widely regarded as likely to stay Republican despite former Rep. Michael Grimm’s guilty plea to federal tax evasion and subsequent resignation.  Democrats have had some recent success there, however, with Andrew Cuomo winning the district this past November and Barack Obama winning Staten Island (which comprises most of the district) in his 2012 reelection.  Neither has given any visible support to Gentile.

With Cuomo’s significant 2014 margin of victory in the district his support could be meaningful for Gentile.  In February, on the day that Cuomo set the election date and before Gentile was selected as the Democratic candidate, Cuomo suggested that he would not get involved in the race and offered kind words about Republican Dan Donovan.

I asked Gentile about the absence of significant outside Democratic support and whether he plans to ask Governor Cuomo for his endorsement.  Here’s what he had to say: 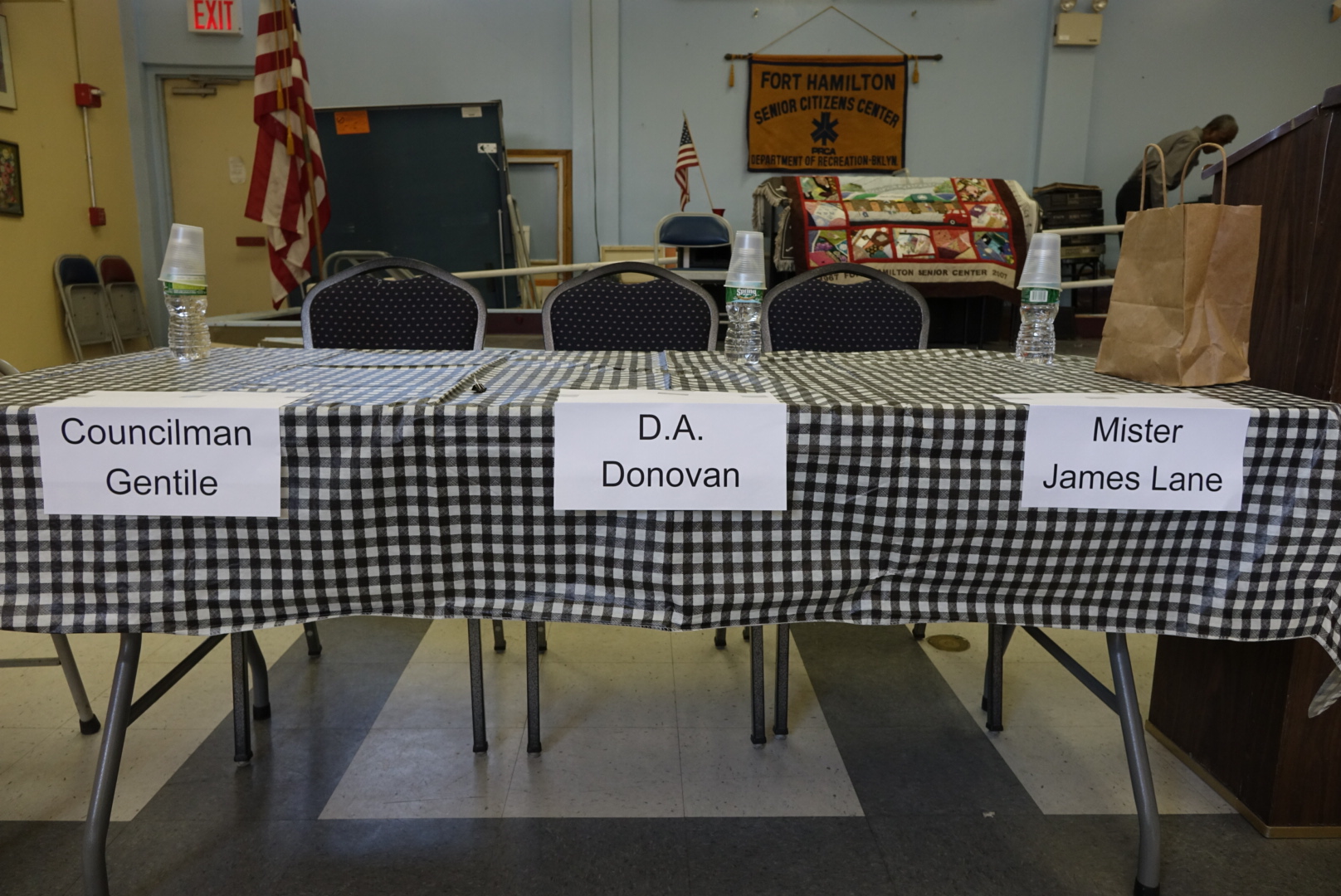 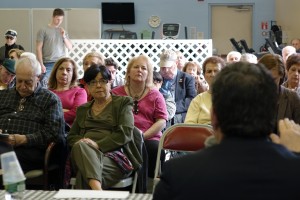 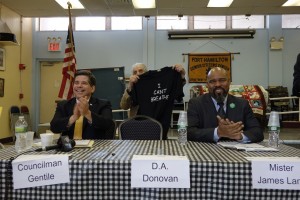 19 Republican presidential candidates attended a “Leadership Summit” hosted by the New Hampshire Republican Party on April 17th and 18th.  We’ve produced a great photo gallery from that parade of candidates. 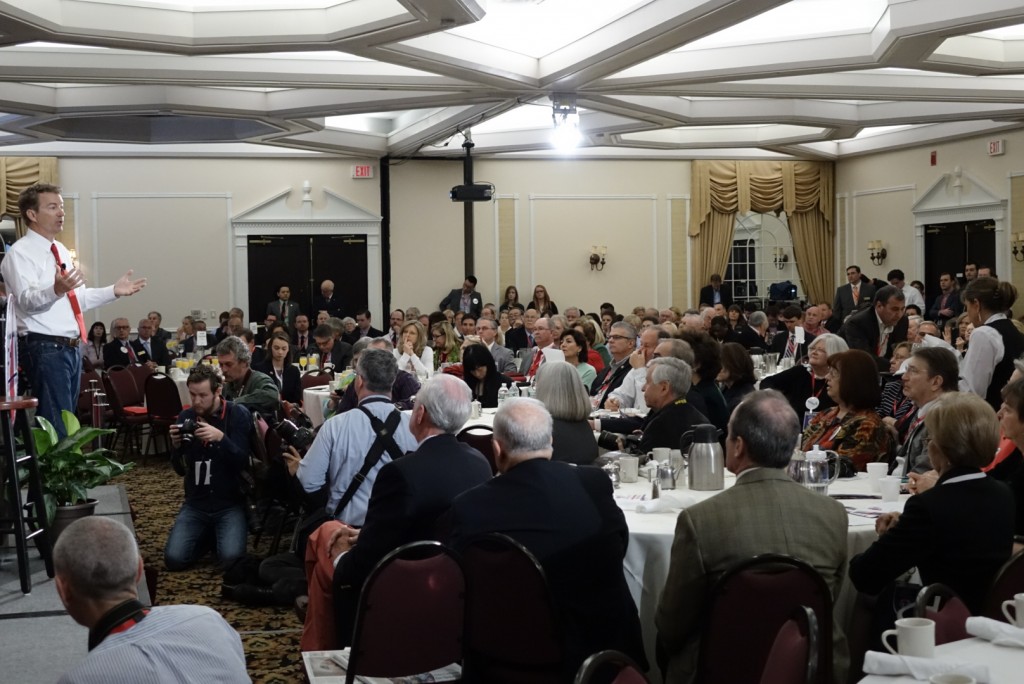 Donald Trump’s closing line at a post-speech press Q&A summed up his appearance at the New Hampshire Republican Party’s Leadership Summit yesterday.  One of 19 putative candidates appearing at the conference, Trump’s pitch was based on pledging to replicate his “phenomenal” personal financial success for the country as a whole and visceral anger at a diminished United States.  He mostly avoided policy discussions, but did say that he would not cut social security, medicaid or medicare as he “would bring so much money into this country” that such cuts would be unnecessary.  Similarly, Trump said that he was open to considering an increase in the federal minimum wage but that such an increase would be “unimportant” as a Trump presidency would produce dramatic financial improvements for all.

Here’s the clip of Trump discussing the timing of his decision.