END_OF_DOCUMENT_TOKEN_TO_BE_REPLACED

Speaking at a press conference today in Dyker Heights at which Malliotakis highlighted a street with trash and debris, Malliotakis said that she was surprised by Massey’s withdrawal, that she called Massey and thanked him for “the good, spirited debate” they had shortly before Massey’s withdrawal and “wished him well.”  She also “thanked him for coming into the race and expressing ideas.”   Malliotakis has not yet received Massey’s endorsement, although it appears that she has asked him for it.  She expressed hope that “the whole Party will coalesce around me,” but said only that she hopes it will happen after completing petitioning. END_OF_DOCUMENT_TOKEN_TO_BE_REPLACED


Former Congressman Bob Turner offered some thoughts on his former colleague, Rep. Steve Scalise, who was badly wounded in the attack on a Congressional Republican baseball practice this morning.  Scalise had a particularly important role in obtaining federal funding for Hurricane Sandy victims.  Turner’s district was heavily impacted by Sandy and Turner’s home was destroyed.

We spoke during a Rockaway Republican Club meeting in Belle Harbor.  Turner is now the Queens County Republican Chairman. 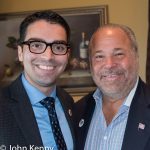 The Bo Show rolled into Howard Beach Saturday afternoon, adding some sizzle to Eric Ulrich’s reelection campaign fundraiser.  Ulrich, who seriously pursued running for mayor before opting to run for a third and final term on the City Council, has endorsed Bo Dietl for mayor and Dietl returned the favor appearing at Ulrich’s fundraiser.  Dietl encountered fellow mayoral candidate Nicole Malliotakis and Queens County Republican Chairman Bob Turner, an early and enthusiastic backer of mayoral candidate Paul Massey.  Massey, who has been endorsed by Turner’s Queens County Republican organization, did not attend.  END_OF_DOCUMENT_TOKEN_TO_BE_REPLACED

Friday I asked Malliotakis how she plans to overcome Massey’s early advantages of the two endorsements and significant fundraising.  Before criticizing Massey Malliotakis addressed the endorsements, saying that “perhaps that will change now that I’m in the race.”

END_OF_DOCUMENT_TOKEN_TO_BE_REPLACED 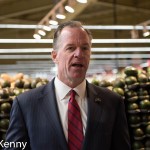 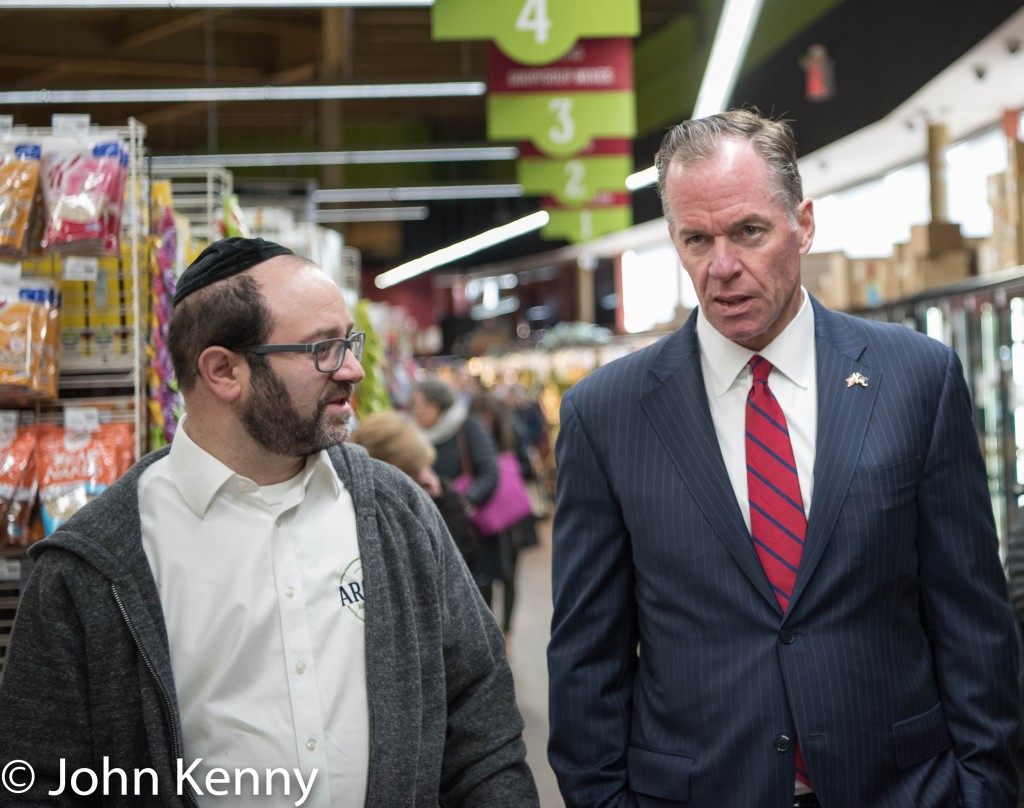 END_OF_DOCUMENT_TOKEN_TO_BE_REPLACED

Will an effort by New York City’s five Republican County chairs to avoid a mayoral primary by uniting behind a  single mayoral candidate succeed?  It’s possible, but some of the county chairs are publicly skeptical.  Beyond the initial challenge of agreeing on a single candidate, should such agreement occur the county chairs and organizations can’t prevent other candidates from running.  They can cajole, try to convince and pressure candidates, but candidates will have the opportunity to petition on to the primary ballot regardless of county organization preferences.

Queens County Chairman Bob Turner expressed that view tonight, affirming that the county chairs would like to unite but acknowledging that it’s beyond their direct power.  In a brief conversation last night Brooklyn County Chairman Ted Ghorra similarly lauded the goal of uniting but expressed doubt about it happening and emphasized the importance of voters having a chance to hear from all interested candidates.  In late January and early February Manhattan County Chairwoman Adele Malpass expressed more enthusiasm for the effort, saying she was hopeful that it would conclude by late March or early April.

Turner told me tonight that he will “probably” personally endorse a mayoral candidate and that he expects to do so in about two weeks.  He would not say who he’ll support but it’s my guess (and that’s really just a guess) that he’ll go with Paul Massey.

Video – Here’s what Turner had to say following a Paul Massey appearance at the Queens Village Republican Club:

Turner, elected to replace Anthony Weiner, was winding down his one term in Congress when Sandy struck.  More than 100 homes, including Turner’s, were destroyed by a fire that raged through Breezy Point as Sandy’s storm surge struck.  The homes behind Astorino, Antonacci and Turner are newly rebuilt, replacing some of the homes destroyed by that fire.

During the Q&A portion of the press conference (which begins at about 4:00) I asked Astorino questions about other Sandy-related topics, including his view of the overall response to Sandy by New York State government and whether he would do anything differently concerning the NYS Department of Financial Services and it’s regulation of insurance companies, which he would control as governor.  Astorino appeared unwilling, or unable, to move on to other Sandy-related topics, staying focused on Governor Cuomo’s use of federal relief money for TV advertising.  The Q&A began with my question of why Astorino’s fellow Republicans, in the state senate, have permitted Cuomo’s use of Sandy money as condemned by Astorino.