An election-eve report that public advocate candidate Jumaane Williams was arrested in 2009 during a domestic dispute with his then-girlfriend prompted a pair of dueling election-eve press conferences outside Brooklyn Borough Hall.  Rival candidates Melissa Mark-Viverito and Nomiki Konst appeared first, expressing concerns over Williams’ reported arrest and actions and calling on him to disclose more information.  Shortly after they concluded a group of Williams supporters appeared, arguing that a written statement issued by Williams was sufficient.  That group included Jumaane Williams’ mother Pat Williams and senior advisor to the Williams campaign L. Joy Williams (no relation to the candidate). 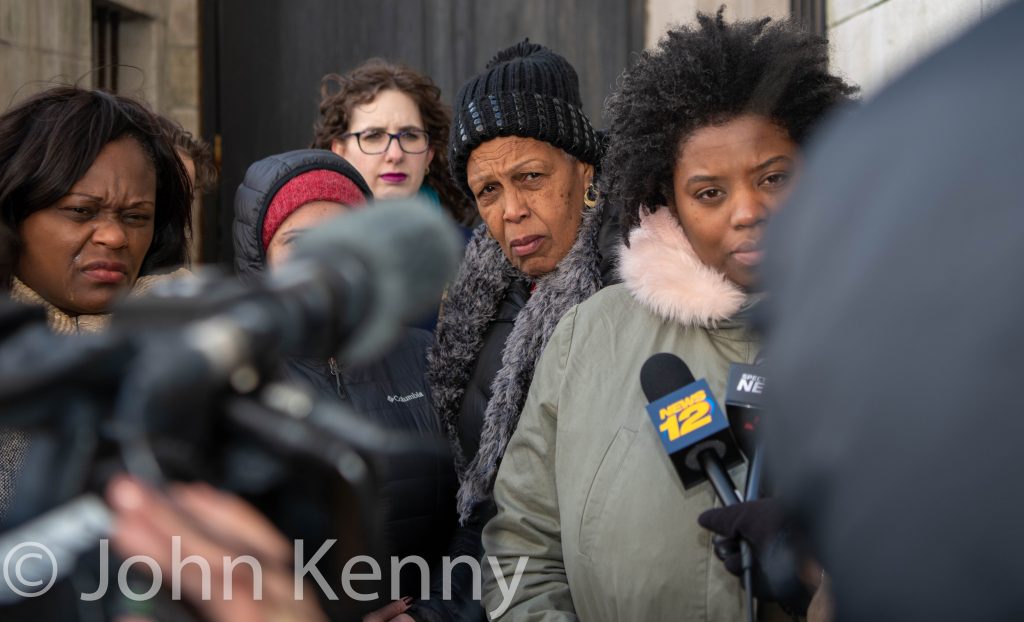