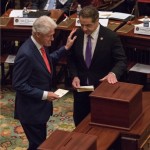 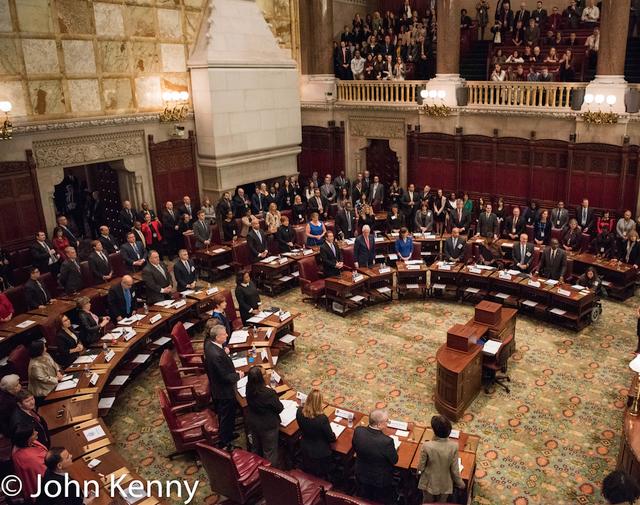 we have a photo gallery of 2014 in New York Politics.

Cuomo gave a strong campaign speech, battering his Republican opponent and praising Clinton’s presidency.  Clinton, speaking for more than 25 minutes, forcefully supported his former cabinet member but also meandered through other themes.  He spoke of the broad consequences of the upcoming election, casting it primarily about the federal government and the changes that a Republican controlled senate could have.  While engaging, his speech was not as solid an election battle cry as Cuomo’s speech.

Here are highlights of the speeches:

Among the Cuomo attacks on Astorino was an exaggerated claim based on the long-running HUD lawsuit against Westchester County.  Dramatization and hyperbole are a standard element of campaign speeches, but Cuomo’s assertion that Astorino “won’t allow … minorities to live in his county” pushed the boundary.  Another of Cuomo’s recent campaign rallies also had racially charged comments. END_OF_DOCUMENT_TOKEN_TO_BE_REPLACED