New York City celebrated the U.S. Women’s National Team World Cup victory with a ticker tape parade up Broadway and a ceremony in front of City Hall.  Mayor Bill de Blasio and his wife Chirlane McCray hosted the ceremony, with TV personality Robin Roberts joining them as the MC.  Several thousand adoring fans welcomed the team for the hour long ceremony, varying between roaring their approval and chanting “equal pay.”

Many city and state legislators were in the audience, but Mayor Bill de Blasio, Council Speaker Corey Johnson and NYS Senate Temporary President/Majority Leader Andrea Stewart-Cousins were the only elected officials on stage.  Governor Andrew Cuomo rode on a float in the preceding ticker tape parade but did not attend the City Hall ceremony. 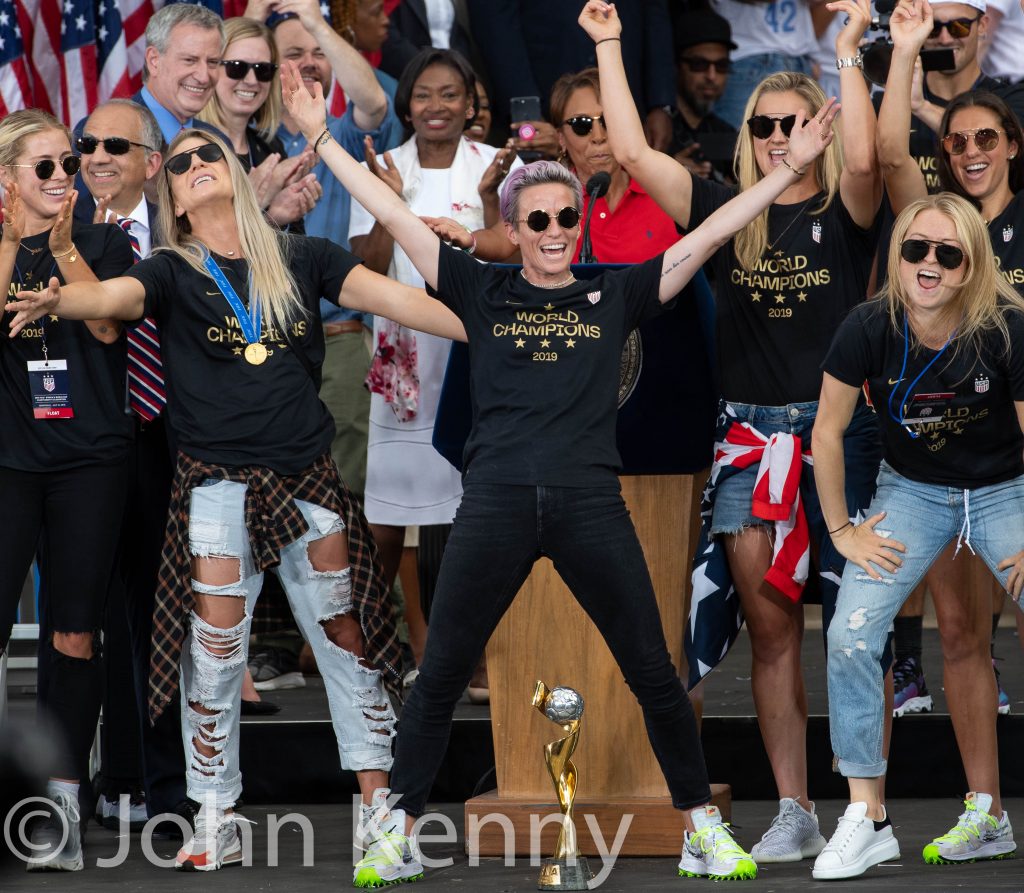 Our full photo gallery from the City Hall ceremony is available here.

(Our coverage of the 2015 ticker tape parade and City Hall ceremony is available here.) 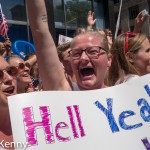 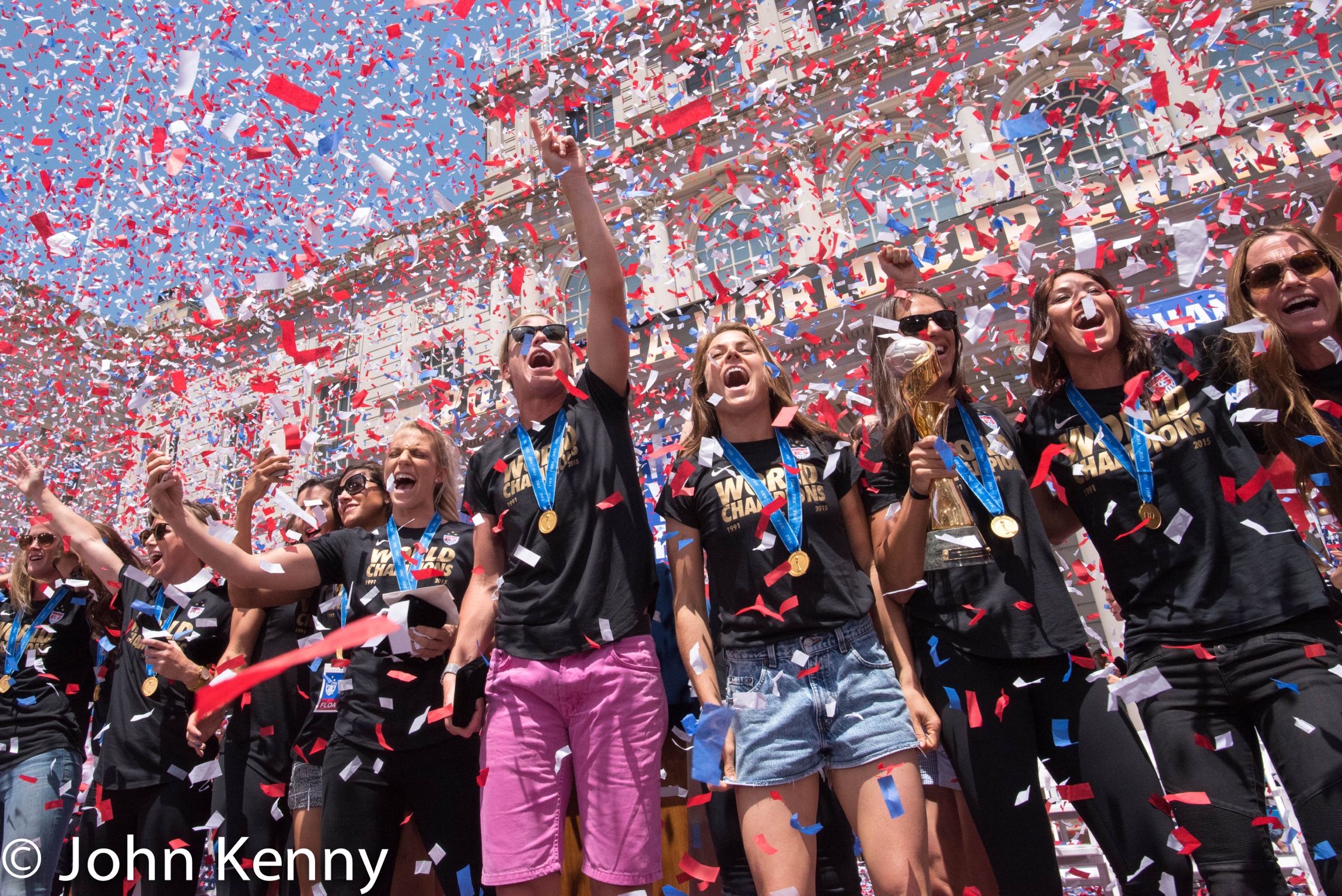 END_OF_DOCUMENT_TOKEN_TO_BE_REPLACED


Governor Andrew Cuomo apparently marches to his own drummer.  Or at least his own compass.

(Cuomo spoke with the press at the head of the ticker tape parade today for the World Cup champion U.S. women’s soccer team and had to walk back to his assigned float as the parade got underway, producing this wrong-way traffic moment.)