President Trump and Mayor de Blasio drew significant negative reactions from parade goers with many attendees displaying anti-Trump signs, particularly near the Madison Square Park ceremony.  Some Trump supporting attendees waved signs and flags on the route, including one particularly vocal pocket of Trump supporters.   Just a few anti-de Blasio signs were spotted during the parade, but he drew significant boos and catcalls as he marched.

Mayor de Blasio did a press Q&A at the conclusion of the parade – a transcript provided by the mayor’s office is available here. 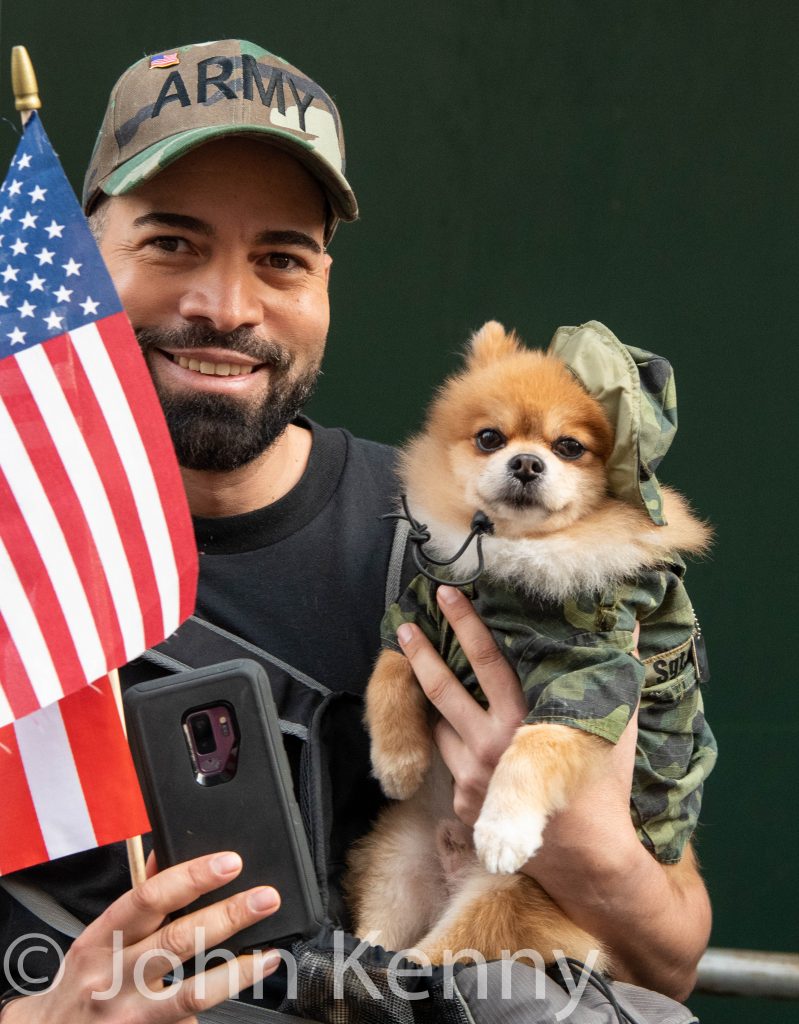