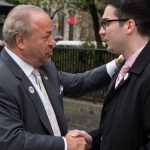 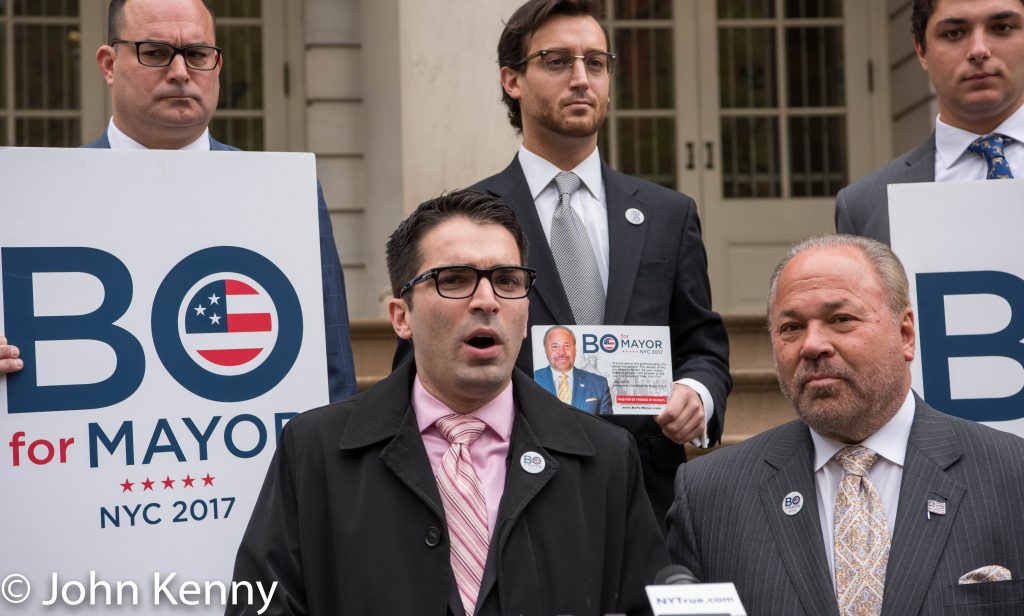 Ulrich gave a reasonably conventional endorsement pitch; Dietl is the only candidate who can beat de Blasio and he’ll be a mayor for all New Yorkers and all five boroughs.  He worked to discredit the notions that de Blasio will be easily reelected and that Paul Massey has a lock on the Republican nomination, urging Republican leaders to “take a good look” at Dietl and give him a chance to run in the primary.  He also noted their shared roots in Ozone Park.

Dietl’s remarks were conventional only when measured against his own prior appearances.  He rapidly worked himself into a lather, growing angry as he attributed his botched attempt at switching his voter registration to Democratic to a de Blasio-driven conspiracy, harshly criticized the Mayor and described his own background.  A former NYPD detective, Dietl speaks passionately about his own crime-fighting days and numerous injuries he suffered and about current crime-fighting.  He regularly focuses on efforts at stemming violent abuse of children and the failures of the City’s Administration for Children’s Services.

Questions ranged from what qualifies Dietl to be mayor, to his views on the closing of Rikers Island, whether he would fire the NYPD officer who’s arrest of Eric Garner resulted in his death, his efforts at getting a Wilson-Pakula, whether he supports a plastic bag tax, whether he would “tax the rich to fund senior housing,” whether he supports the City subsidizing MTA fares for low income New Yorkers and his reaction to anti-semitic comments by a Manhattan City Council candidate.  He was briefly heckled.  Glenn Martin, an activist at the forefront of the Close Rikers efforts held a large rally immediately before Dietl’s appearance and stood listening as Dietl addressed Rikers.  Martin interrupted, criticizing Dietl.  After two interruptions NYPD officers told Martin that Dietl’s permit entitled him to proceed uninterrupted and Martin left.

The endorsement is a gamble for Ulrich.  Should Dietl manage to get a Wilson-Pakula and prevail in the Republican primary Ulrich may benefit from having flexed his political muscles early and effectively. Should Dietl actually become mayor, well …  Dietl referenced that remote possibility today, suggesting that Ulrich could work in his administration and then succeed him as mayor.  Ulrich has a more immediate Dietl-related challenge; securing Queens support for a Dietl Wilson-Pakula and avoiding the disastrous prospect of backing a candidate who can’t even run in his party’s primary.