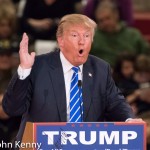 Donald Trump returned to New Hampshire Tuesday night, for one of his seven rallies over a nine day stretch.  Appearing in Claremont, New Hampshire, Trump spent an hour in his now-familiar pattern of bemoaning the state of America, reading through favorable polls and riffing with his audience.  Tuesday’s rally had the additional element of taking shouted (and unscreened) questions from the audience. 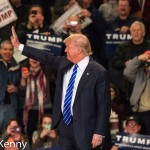 The paired gym and auditorium in Claremont’s Stevens High School were full, with 1,000+ people who waited outside in bitter temperatures.  The audience seemed to have a high percentage of Trump supporters, rather than people still considering other candidates, but was often more listening than roaring.  The 2/3 or so of the audience who stood on the gym floor were on their feet for three hours or more between the wait outside, the time waiting for Trump (who began almost an hour after the scheduled start time) and Trump’s hour on stage. 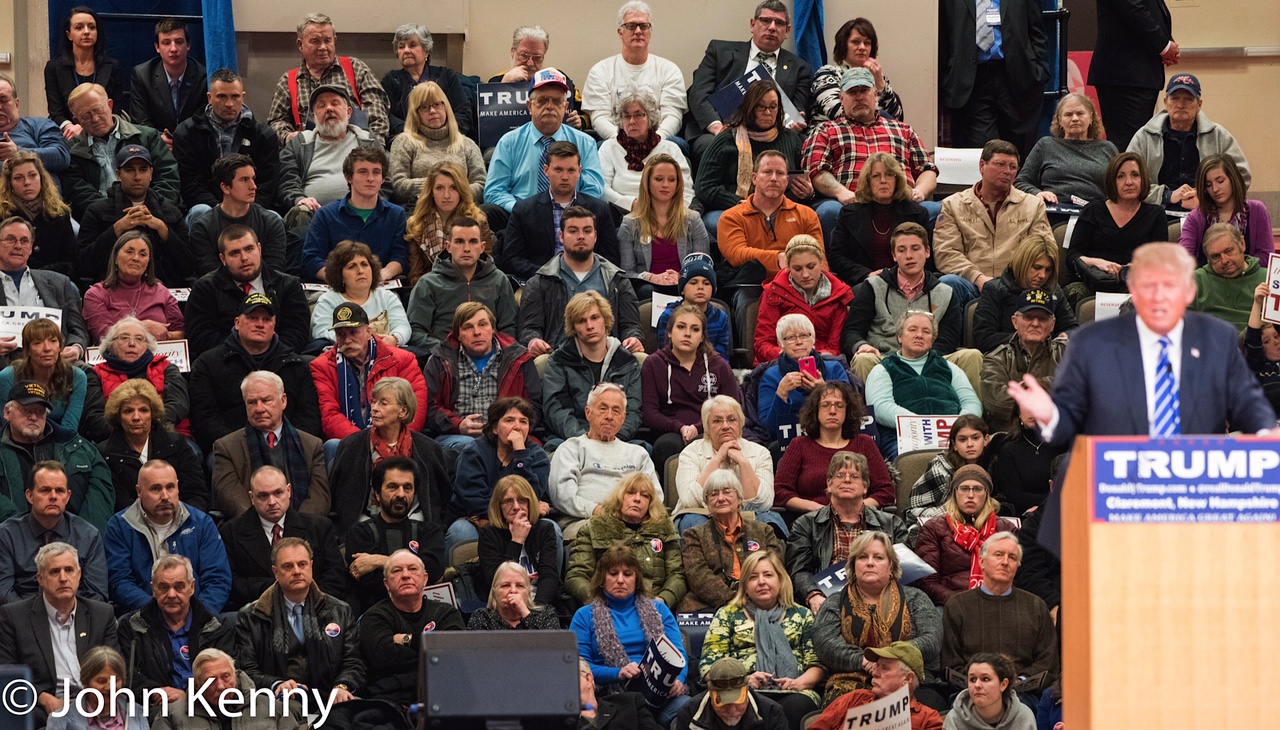