Hosted by newly elected Chairwoman Joann Ariola, the breakfast was intended to move the party firmly into supporting Malliotakis after its two chapters of supporting her rivals during the chairmanship of Ariola’s predecessor, Bob Turner.  The Queens Republicans initially endorsed Paul Massey, but Massey withdrew from the race in late June.   The Queens Republicans then endorsed Bo Dietl in mid-July as he renewed his effort at obtaining a Wilson-Pakula and the ability to run in the Republican primary.  Although Dietl remains in the race as an independent candidate on a self-created line his effort at getting a Wilson-Pakula and running in the Republican primary failed, with Queens the only county to support his effort. 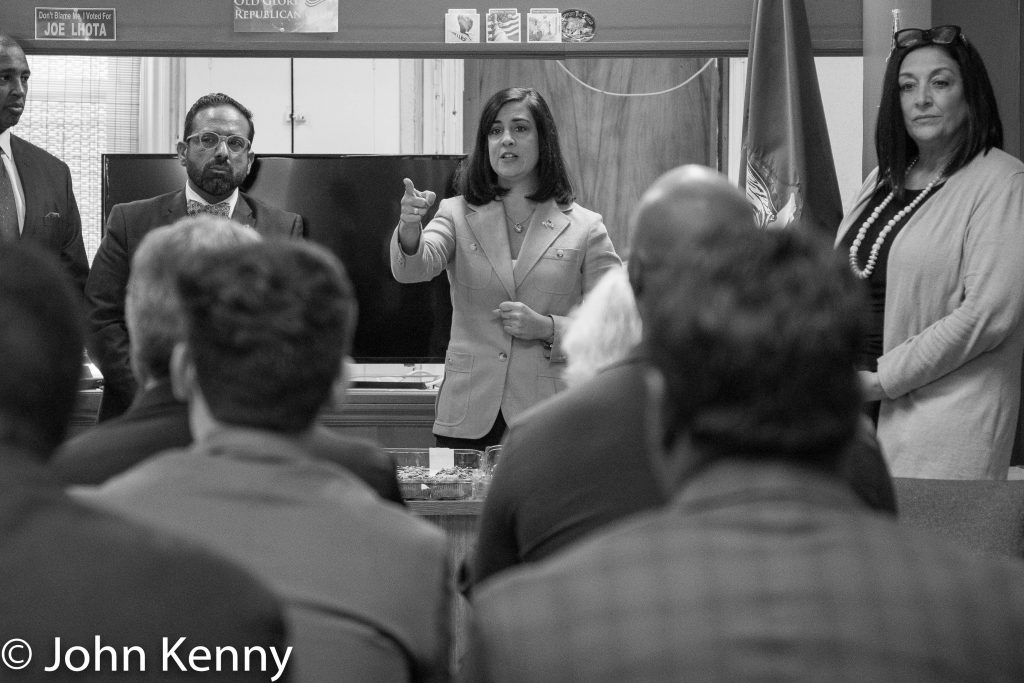 Queens Republican Chairwoman Joann Ariola, newly elected last month, voted in favor of endorsing Dietl in July.  (She’s a district leader, and the endorsement vote was by the county’s district leaders.)  Speaking just before the start of the breakfast, Ariola said that she did so as a reflection of her district constituents strong expressions of support for Dietl.  She cast the past several months as a “broken road, but at the end of the broken road was Nicole Malliotakis,” and offered her own unequivocal support for Malliotakis and a pledge of party unity.  Malliotakis dismissed those past endorsements as done during “a different leadership, a different time” and sought to focus on the shared interest among Republicans of ousting Bill de Blasio.

Council Member Eric Ulrich, the only city or state Republican elected official representing Queens County continues to support Bo Dietl over Malliotakis.  He was expected to attend the breakfast, according to Chairwoman Ariola and Ulrich’s campaign manager.  He did not, however, canceling as the breakfast was nearly over.  Both Ariola and Ulrich’s campaign manager said that his cancellation was due to his own schedule as he campaigns for reelection, rather than any disagreement or refusal to appear with Malliotakis.