Mayor Bill de Blasio joined mourners in Rockaway for the 17th anniversary of the crash of American Airlines flight #587.  The crash killed all 260 people on board and five people on the ground.  The flight was headed from JFK to the Dominican Republic and the deceased include many Dominicans and Dominican Americans.

Mayor de Blasio was late to the ceremony in 2014, drawing heated criticism for missing the bell tolling the exact moment of the crash.  This year, as in each year since 2014, he arrived early and greeted mourners ahead of the ceremony.  de Blasio, who did not take press questions, was the only elected official to attend. 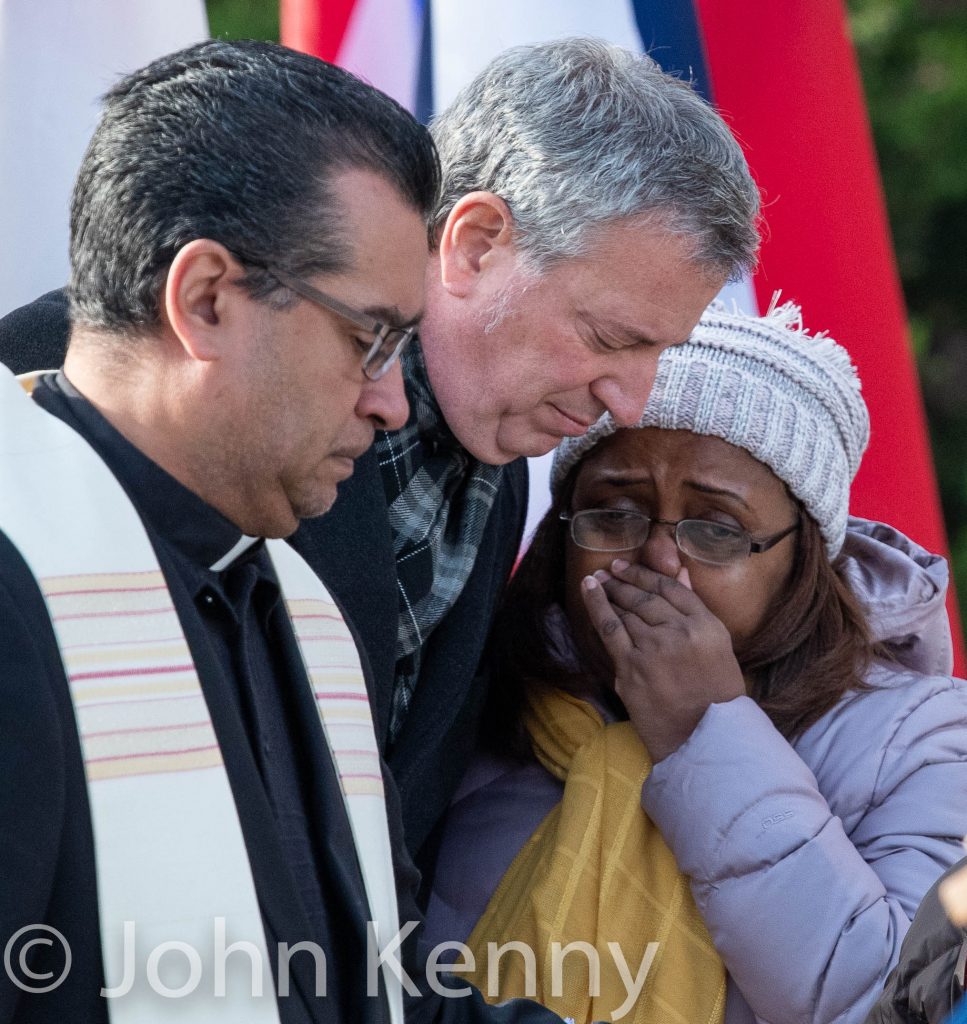