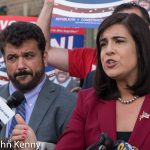 Republican and Conservative mayoral candidate Nicole Malliotakis held a press in the Bronx this afternoon, returning to Throggs Neck for the second time in two weeks.  Malliotakis joined Republican city council candidate John Cerini to voice concerns that a commercial building may be converted by the City to a homeless shelter or drug treatment facility that the local community doesn’t want and without any notice to the local community.  Bronx Republican Chairman Mike Rendino joined the press conference, although he did not offer any remarks. 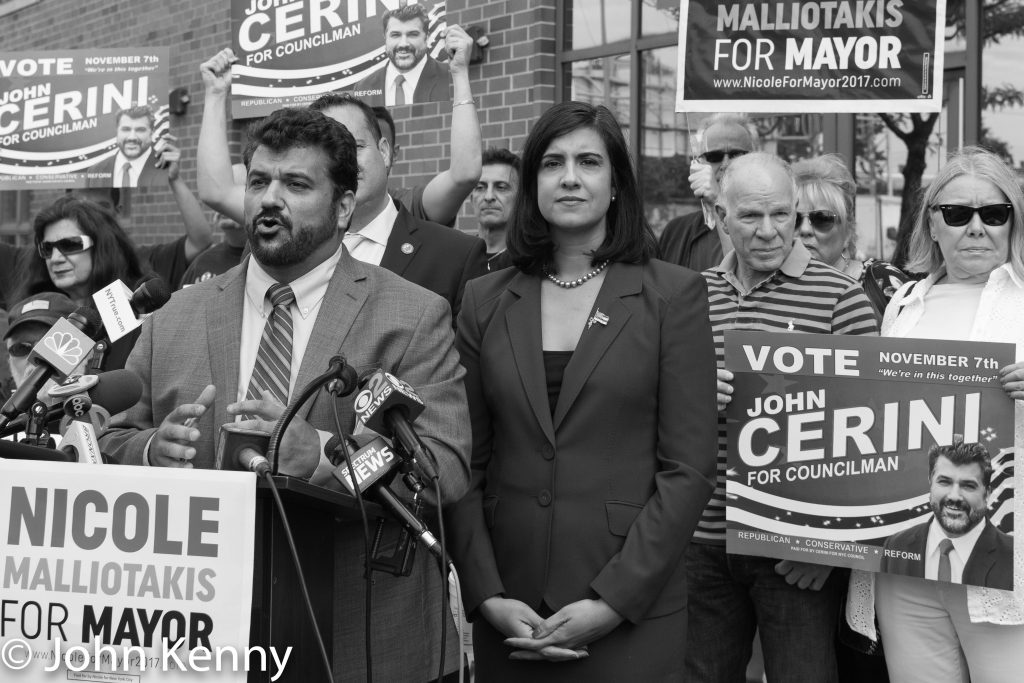 In her remarks Malliotakis emphasized community notice and involvement in the placement of homeless shelters and drug treatment centers, pledging to always do so as mayor and voicing support for legislation that would require it.  Her remarks combined two themes of her campaign, that Mayor de Blasio and his administrative have operated in secret on many efforts to the benefit of his campaign donors and that the mayor’s plan to create 90 homeless shelters thoughout the City is misguided.

Malliotakis also discussed last night’s mayoral candidate debate, expressing satisfaction with her performance.  Acknowledging that “the crowd made it difficult” to keep the debate focused, she said she’s hopeful that she’ll face off against Mayor de Blasio one-on-one in the second scheduled debate.