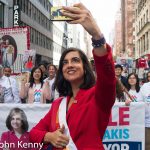 Malliotakis received a warm welcome from a light crowd.  In an unusual circumstance Malliotakis ended up marching most of the route in a quiet envelope.  For a time there was a gap of several empty blocks both ahead and behind Malliotakis and her campaign supporters, providing an unusually parade environment.  The silence quieted the mood a bit, but it allowed easy hearing of anything shouted from the crowd.  Those shouts were a scattered but steady stream of supportive statements, drawing waves and the occasional shout back from the candidate as she moved expeditiously up Fifth Avenue. 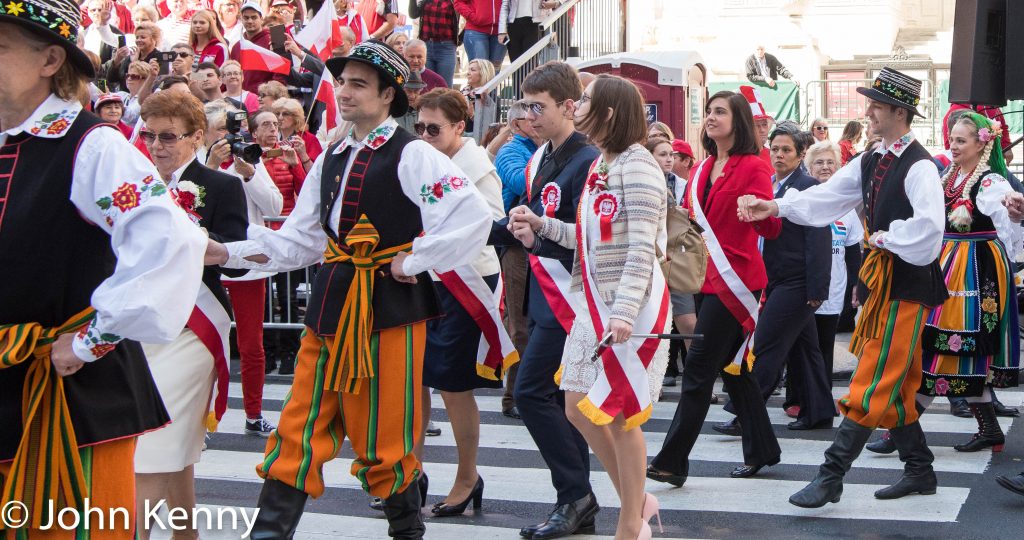