Assembly Member Ron Kim held a public advocate campaign kickoff today, seeking a boost as the campaign formally began.  Mayor Bill de Blasio signed a proclamation this morning setting the special election for February 26th and triggering an immediate start to the petitioning period.  Kim, who has been one the 30 or so professed candidates campaigning ahead of the actual declaration of an election, moved promptly today to set his campaign in motion. 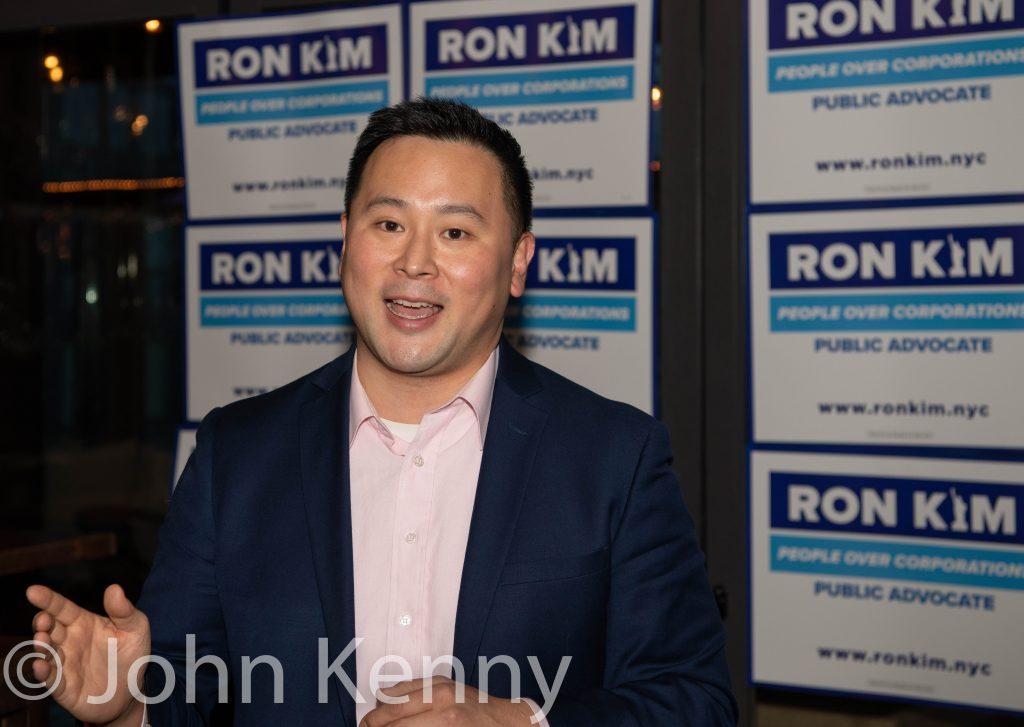 Kim drew a small crowd of approximately 10 supporters and five or six members of the press to a Flushing restaurant.  His staff provided petitions to five or six volunteers.

Kim is beginning his fourth term in the Assembly.  Three of his Assembly colleagues are among the candidates, as are four current and one former City Council members.  He faces the same challenge as the others, how to break out in a large field in a short election.  Kim has largely pinned his prospects on the message of providing debt relief to average people, with student debt a particular focus.  While debt and its crushing burden has long been in the public discourse, and was central to the 2008 financial crisis and its political aftermath, it’s uniquely central to Kim’s campaign.

Kim plans to use the ballot line “People Over Corporations.”  He said that he expects to raise an aggregate $1 million in contributions and matching funds.  He said that he will not transfer any money from his state assembly campaign committee to his public advocate campaign.