“I’m not ready to say if I’m going to give him my vote.”  That’s how Eric Ulrich, one of the few Republican elected officials in New York City, concluded our conversation on Donald Trump Tuesday night.

City Council Member Ulrich, in the early stages of building a 2017 mayoral bid, strongly supported John Kasich in the New York presidential primary and has not yet supported the presumptive Republican presidential nominee.

Although he began with a somewhat cavalier comment that “Donald Trump has to hire a better speechwriter”, Ulrich expressed strong reservations about Trump and his record of offensive comments.  He also expressed dismay at what he sees as Trump’s lack of interest in the votes of “Republicans like me” who didn’t support him during the primaries.  Ulrich nonetheless said that he hopes Trump will “come around before election day.”  Ulrich may not vote for Trump should he not “come around,” however.

Here’s what Ulrich had to say: 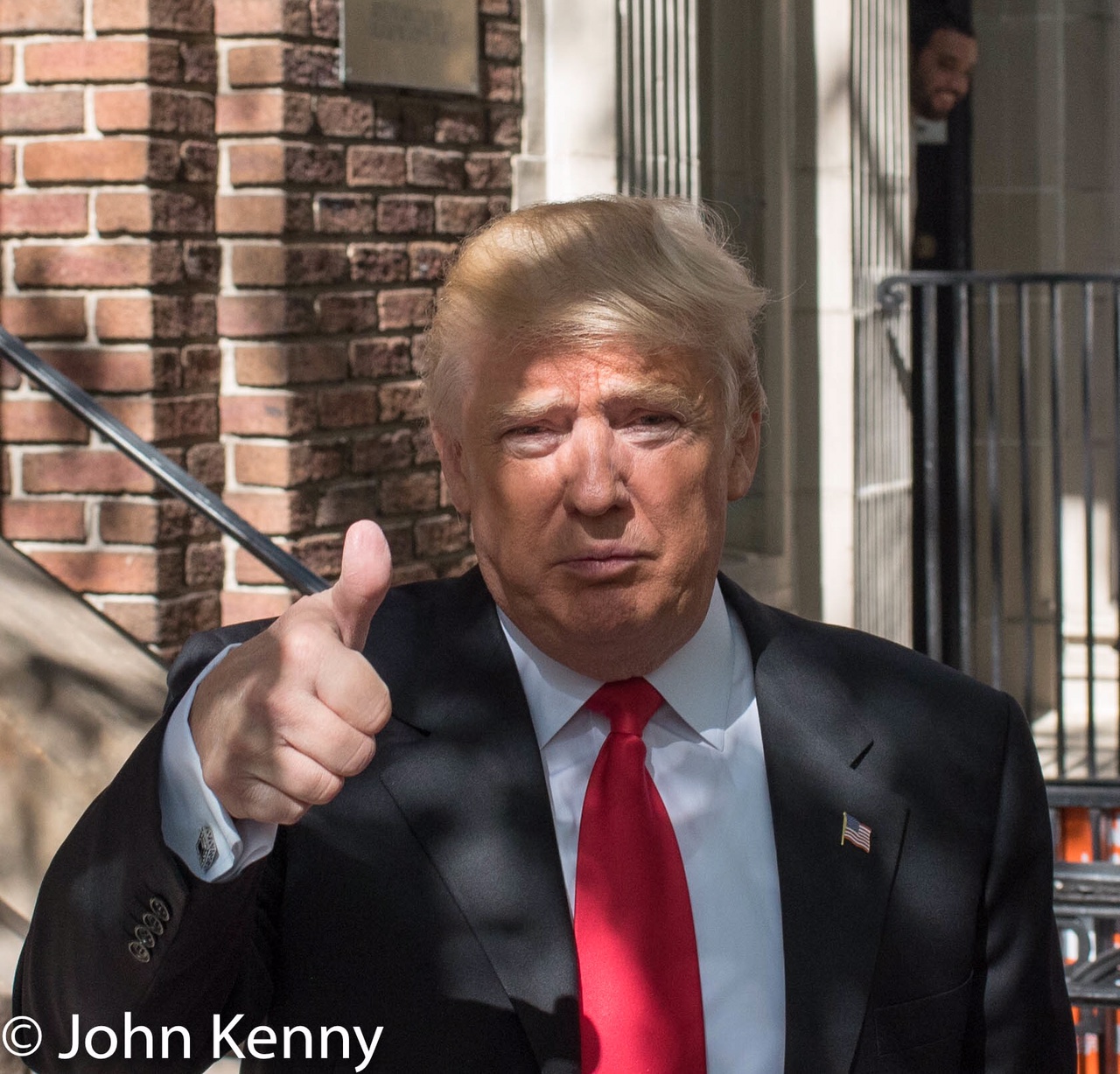 
Trump, Kasich & Cruz.  That was the underwhelming lineup at the New York State Republican Committee annual gala Thursday night, as the well-timed dinner was held just five days ahead of New York’s presidential primary.  The black tie dinner was a world apart from most of the candidates’  campaign appearances, high on money and low on anger.  The wealthy, politically connected audience bore little resemblance to the crowds at most 2016 Republican events in this anger-dominated election.

Trump spent much of his speech recounting various real estate projects in New York City, omitting the angry stream-of-consciousness musings that define his campaign rallies.  Kasich spoke as a late-served dinner appeared on the tables while Cruz spoke to a talking and shrinking audience.  END_OF_DOCUMENT_TOKEN_TO_BE_REPLACED 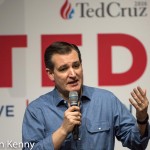 
Donald Trump doesn’t move.  We’re not talking ideologically or politically, but physically.  A combination of arm movements, facial expressions and an occasional shrug keep a viewer visually occupied, but Donald Trump is a remarkably motionless speaker.  Most candidates roam their stage, looking deep into the corners of the room or moving up close to audience members to listen or to emphasize a point.   Not Trump.  He stays rooted in a single spot, rarely moving with his feet fixed to the floor.

At his own rallies Trump speaks from a lectern with a fixed microphone, rarely venturing away.  That’s his choice – he could of course be outfitted with a handheld mic or a lavalier mic clipped to his jacket or tie.  On Saturday Trump appeared at Scott Brown’s “No BS Backyard BBQ” series, held that day indoors at a car dealership.  There was a modest sized stage, sans lectern, and Trump used a handheld wireless mic.  We’ve condensed 10 minutes of his speech into a 30 second clip – watch it below.

Is it a sign of confidence, steadily staying put as hundreds or thousands of people sit and watch him?  Is it a sign of insecurity, afraid to move under the glare of the lights and his audience?  I have no idea, but it is a fascinating small element of Trump’s performance.

Here’s a 10 minute clip from his Portsmouth, NH speech, run at high speed in a 30 second clip:

Note:  The clip is available at normal speed here, beginning at 3:00 in the full speech video. 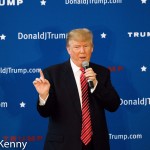 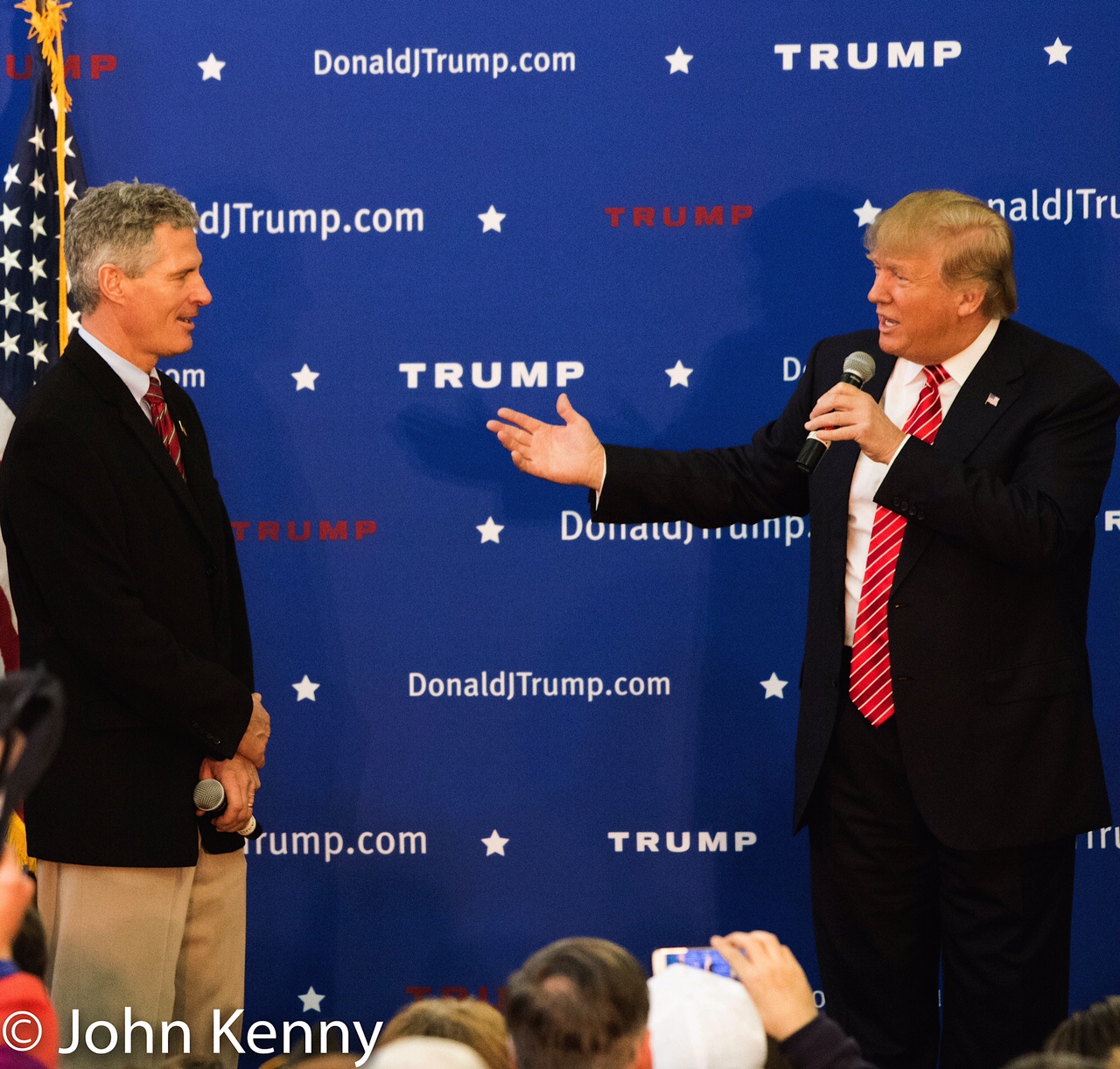 Trump superlatives began as he walked onstage, declaring that “we don’t have snow like this in New York” as about 3 inches accumulated outside.  He expressed concern about “lifting off” afterwards, saying “we’ll make it quick.” END_OF_DOCUMENT_TOKEN_TO_BE_REPLACED


“Am I the only person that thinks he’s a nice guy?”  That was Donald Trump Saturday describing his previous view of Ted Cruz.  Trump clearly no longer holds that view, as shown in his lengthy critique of Cruz.

Trump attacked Cruz on the recent report that Cruz failed to report to the FEC personal loans from Goldman Sachs and Citibank which Cruz used to finance his 2012 senate campaign.   He also attacked Cruz over his recent “New York values” comment.   Trump gave a rambling recounting of New York’s response to the September 11, 2001 attacks as an illustration of the emptiness of Cruz’s crack.


“Narcissism, a sociopath.”  That was how a Jeb Bush town hall questioner characterized Donald Trump Friday night.  Bush gave an extended answer, with some compliments of Trump while dismissing him as utterly unprepared to be commander-in-chief.

Saying “[t]his is the point in time where I feel compelled to say something nice about Donald Trump”, Bush called him “a talent … gifted” in respect of his communication ability and also, somewhat awkwardly, lauded him for his financial success.  Bush then moved on to less a complimentary assessment,  describing Trump’s unfamiliarity with the nuclear triad as “scary.”


“Just shout ’em out” –  that was Donald Trump as he took questions during a recent New Hampshire rally.

Trump rallies are generally all-Trump, with the candidate speaking at length without taking questions.  He departed from that practice Tuesday night, inviting audience members to shout out questions.  They joined in, with questions ranging from the conclusory (whether he’s “willing to lower standards like Hillary Clinton” in order to have women serve in the Army and Marine Corps infantry), to basic fact inquiries (is he “pro-life”, does he support term limits, is he in favor of medical marijuana, whether he “believe[s] in equal pay for women”), to campaign sloganesque (“when are we going to take our country back?”).

Candidates vary in how much talk about themselves, but it’s certainly an important part of their presentation to voters as they introduce and seek to distinguish themselves in this crowded field.  Donald Trump does it with a particular gusto, displaying a high self-regard as  he touts his standing in public polls and his brainpower and lauds his audience and supporters.  Often funny in his comments, his candidacy is essentially about his self-described ability to fix what he sees as wrong with America through force of personality.

Here’s Trump in his own words during a Claremont, New Hampshire town hall Tuesday.