An Air Force helicopter pilot, a New York City fire marshal and former fire fighter and a newly-minted attorney were commemorated with a memorial service in Washington Square Park and a celebration in a nearby NYU auditorium Thursday.  Remarkably it was one man who filled all of those professional roles, at the age of 37.

Christopher “Tripp” Zanetis died in Iraq, piloting a helicopter while on active duty with the 106th Rescue Wing of the Air National Guard.  He had been called up in January, a few months after graduating from Stanford Law School and joining the law firm Debevoise & Plimpton as an associate.  His professional career began with the New York City Fire Department, first as a fire fighter and then as a fire marshal.   Adding to the multiple intersecting layers of his life reflected in the memorial service, Zanetis graduated from NYU and worked in a nearby firehouse during his FDNY career. 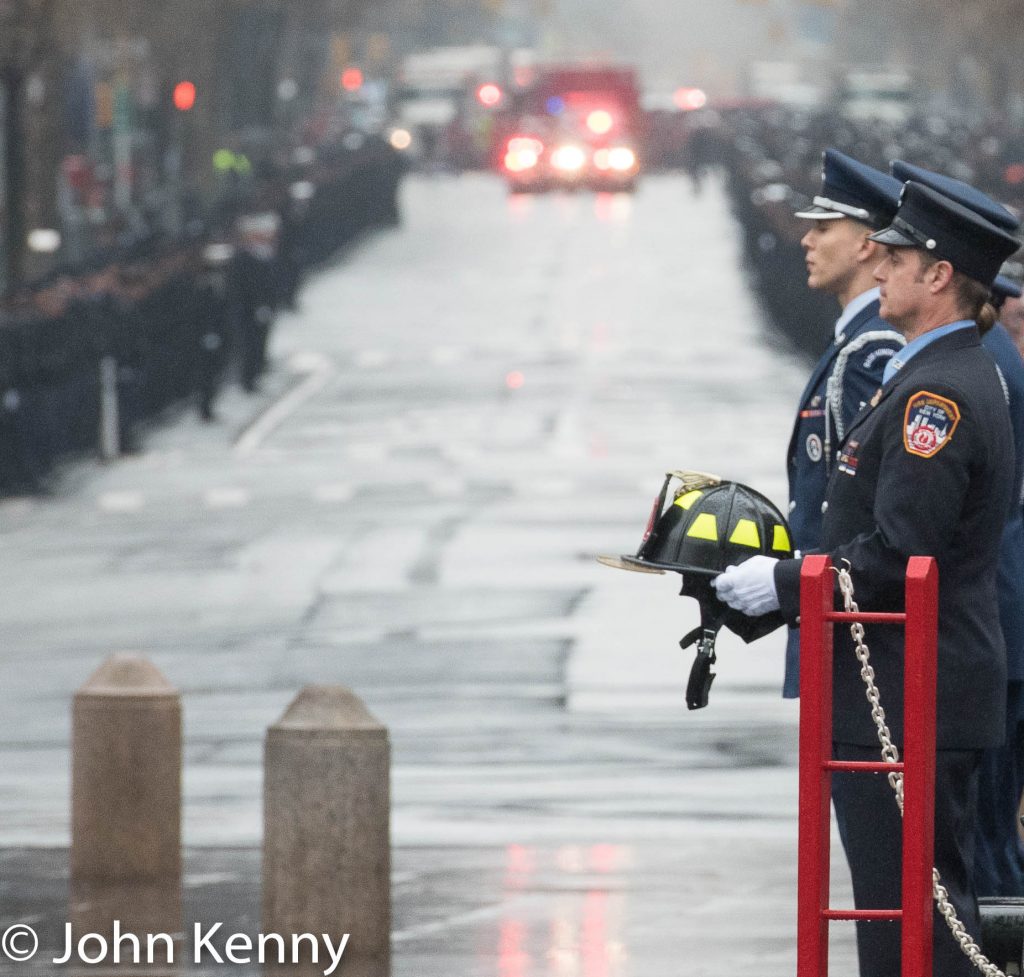 The memorial began at Zanetis’s old East Village fire house, with an FDNY procession transporting his casket up to 14th Street and then down Fifth Avenue through a deep line of uniformed FDNY and Air Force members to the great arch in Washington Square Park.  His casket was carried into the closed and quiet park and placed amid a ring of family and friends, FDNY members, Air Force members and law colleagues.  Mayor Bill de Blasio and Fire Commissioner Daniel Nigro were among the mourners.  An Air Force honor guard provided military honors, removing and presenting to Zanetis’s parents the American flag that covered his casket and firing a 21-gun salute.  The FDNY then draped an FDNY flag over the casket and ceremoniously removing his casket.