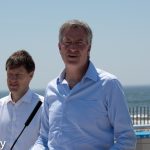 Mayor Bill de Blasio visited Rockaway Friday, touring a short stretch of the rebuilt boardwalk and making brief remarks but not answering any press questions.  Large portions of the five mile boardwalk were destroyed by Hurricane Sandy, with rebuilding now just about complete.  The final unopened portions are scheduled to reopen in the next week. 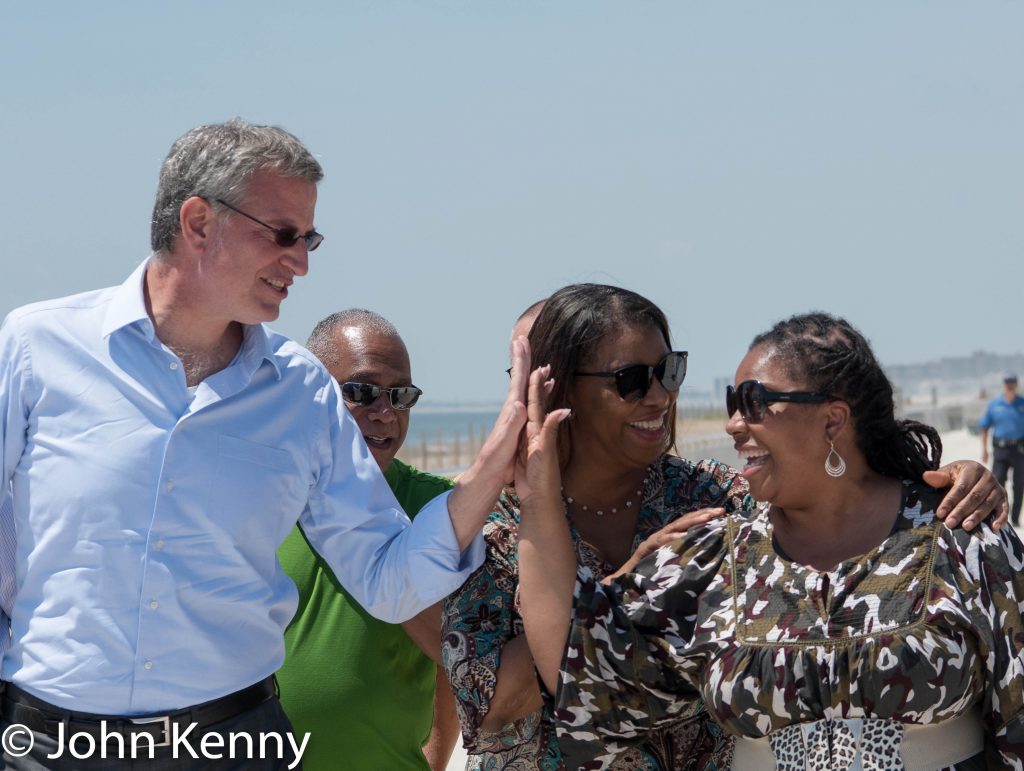 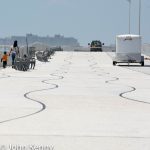