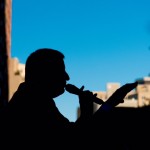 There’s little in the way of competitive races within the City, so the Mayor’s GOTV effort won’t impact election outcomes.  Instead, it’s an opportunity for the Mayor to limber up the campaign muscles with some positive visibility.  (Curiously, however, the Mayor was accompanied by government staff rather than campaign staff.)

Sporting a large “H” pin on his lapel, de Blasio exhorted his audiences to vote tomorrow.  Both audiences were attentive and responsive, with many in both groups crowding around the mayor afterwards for a quick hello and a photo.  At the Medgar Evers post-speech meet & greet a heckler loudly challenged de Blasio for several minutes, demanding that the mayor “control” real estate developers.  The man later said that he’s deeply troubled by the extent of development in Crown Heights and that while he voted for de Blasio in 2013 he will return as a 2017 de Blasio voter only if the mayor “controls” development.

de Blasio was joined during the Medgar Evers meet & greet by Assembly Member Walter Mosley and Dr. Rudy Crew, president of Medgar Evers and a former New York City schools chancellor, who warmly welcomed the Mayor.  The Medgar Evers rally also featured an appearance by the CSPAN bus, which served as the backdrop for de Blasio’s meet & greet.

Assembly Member Richard Gottfried was on stage with the Mayor at the Baruch rally, while Rep. Carolyn Maloney joined de Blasio during the meet & greet.  There was no press Q&A at either rally, although the Mayor appeared to speak very briefly with a reporter from the student newspaper at each rally.  At the Baruch rally his aides brushed aside a reporter trying to pose a question as the Mayor departed. 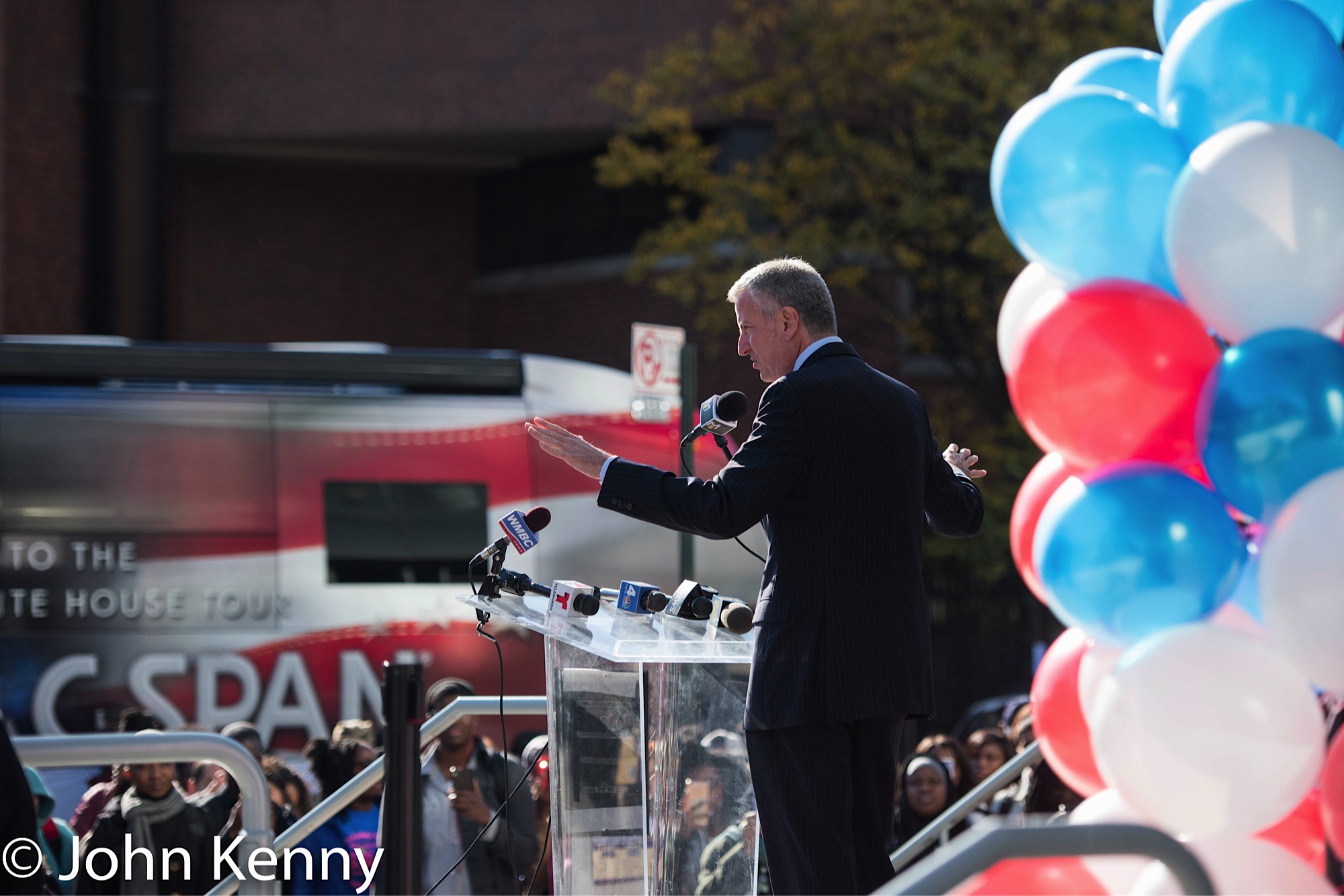