Queens borough president candidate Jim Quinn received the endorsement of the Correction Officers’ Benevolent Association (COBA), with COBA President Elias Husamudeen appearing with Quinn at a rain-soaked press conference at the site of a proposed new jail.  That proposed jail is the Queens iteration of four new jails planned by the de Blasio administration as part of the closing of Rikers Island.  Both Quinn and COBA oppose the closing of Rikers and building of new borough-based jails.  That opposition, and his related opposition to the recently enacted changes in New York state bail laws, is the centerpiece of Quinn’s borough president candidacy.

Two of Quinn’s campaign co-chairs, former NYS senator Serph Maltese and Council Member Bob Holden, attended.  In this special election candidates run on party lines of their own creation and the established parties do not nominate candidates, but Quinn’s effort is substantially supported by the Queens Republican Party.  Maltese was a longtime Republican state senator.  Holden is registered as a Democrat, but was elected on the Republican line in 2017 after losing the Democratic primary to Elizabeth Crowley and has described himself as “a Democrat in name only.”

In a wide ranging conversation after the endorsement Quinn discussed his political history and views.  He said after decades as a member of the Conservative Party he changed his registration to Democratic in 2018 in order to vote for Greg Lasak in the 2019 Democratic primary for district attorney.  He also said that he has run for public office once before, running for state senate in 1974 on the Conservative line.  By Quinn’s description he was not active in electoral politics during his 42 years in the Queens district attorney’s office, however, which ran from the late 1970’s though the end of 2019.

This special election is to fill the office only through the end of 2020, with a general election in November to fill the seat for the one remaining year of the current four year term.  (The vacancy is due to the December 31, 2019, resignation of Melinda Katz as she took office as the Queens district attorney.)  Quinn did not offer any plan for his future party registration or electoral plans, saying that he hasn’t really considered his registration and that any future ballot line is “still being discussed.”

Asked about Donald Trump Quinn offered praise based on the condition of the economy but would not speak about Trump’s interactions with the Justice Department, including Trump’s recent statements and actions regarding Roger Stone.  Quinn said that “at this point” he expects to vote for Trump in the November general election. 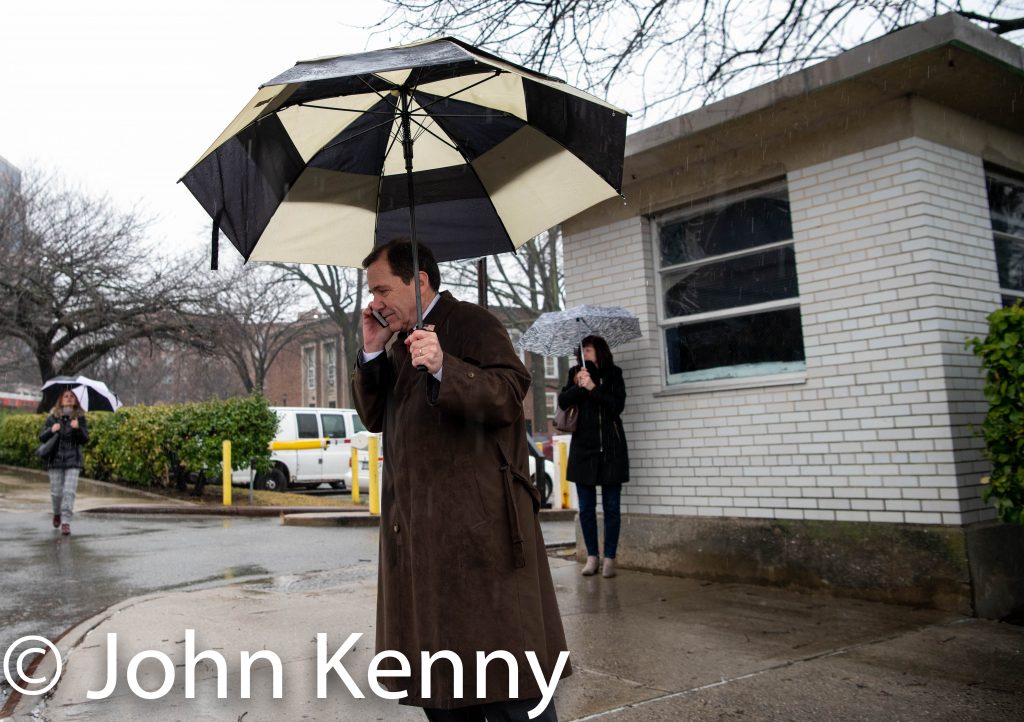