Pataki’s campaign committee report is heavy on longtime supporters and staff, with little to suggest any expansion of his fundraising base.  Here’s a brief look at some of those contributors.

Catherine Blaney: Blaney was Pataki’s chief fundraiser during his years as governor and has worked for many other candidates, including Andrew Cuomo.

John Cahill:  Cahill was Secretary to Governor Pataki and has been partners with Pataki in both their own consulting firm and at the law firm of Chadbourne & Park.  He was the 2014 Republican nominee for NYS Attorney General.

Preston Felton:  A career member of the NY State Police, Felton was Acting Superintendent of the State Police during Eliot Spitzer’s term and was ensnared in the “Troopergate” fiasco.

Among Pataki’s other contributors are George Demos, who’s run in several bitter NY-1 congressional district Republican primaries, and James Pappas of PJ Mechanical Corp.  Pappas and PJ Mechanical were indicted by Manhattan DA Cy Vance in 2011, charged in a multi-defendant scheme to defraud construction clients.  (Initial searches have not produced any news reports on the disposition.)

The campaign does not report paying any employees.  It does report paying campaign manager Vincent Balascio as a consultant.  The campaign’s other reported expenses include office rent, “media engagement services”, “Website Development”, “Rally Equipment Rental”, Printing” and “Merchant Fee”. 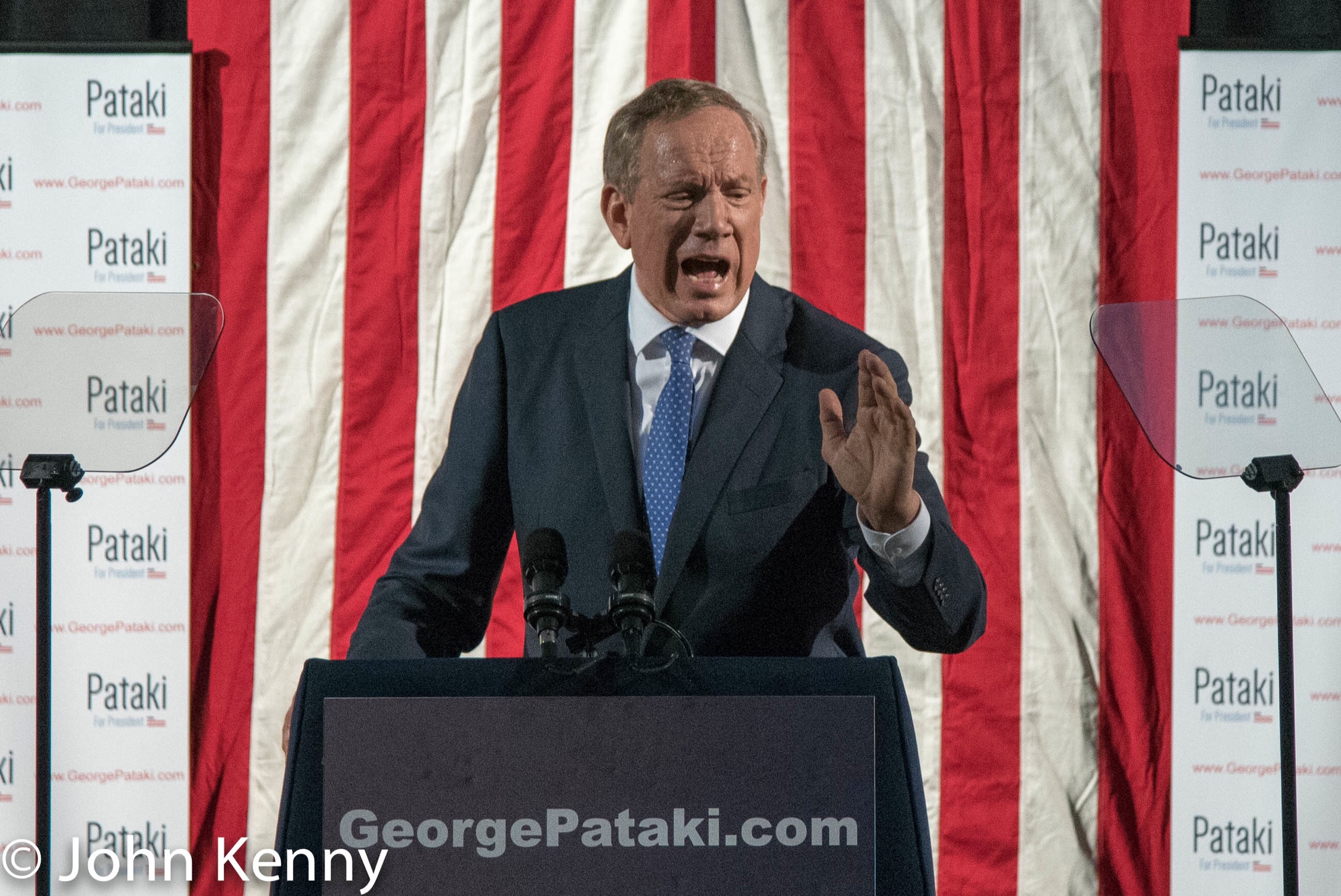