Joe Crowley, the member of Congress defeated by Alexandria Ocasio-Cortez in a Democratic primary surprise, is also the chairman of the Queens County Democratic Organization.  Crowley was gracious in his comments on primary night as his defeat became apparent, but it was reported that he and Ocasio-Cortez did not speak that evening.   It’s unclear if he and Ocasio-Cortez have spoken since. 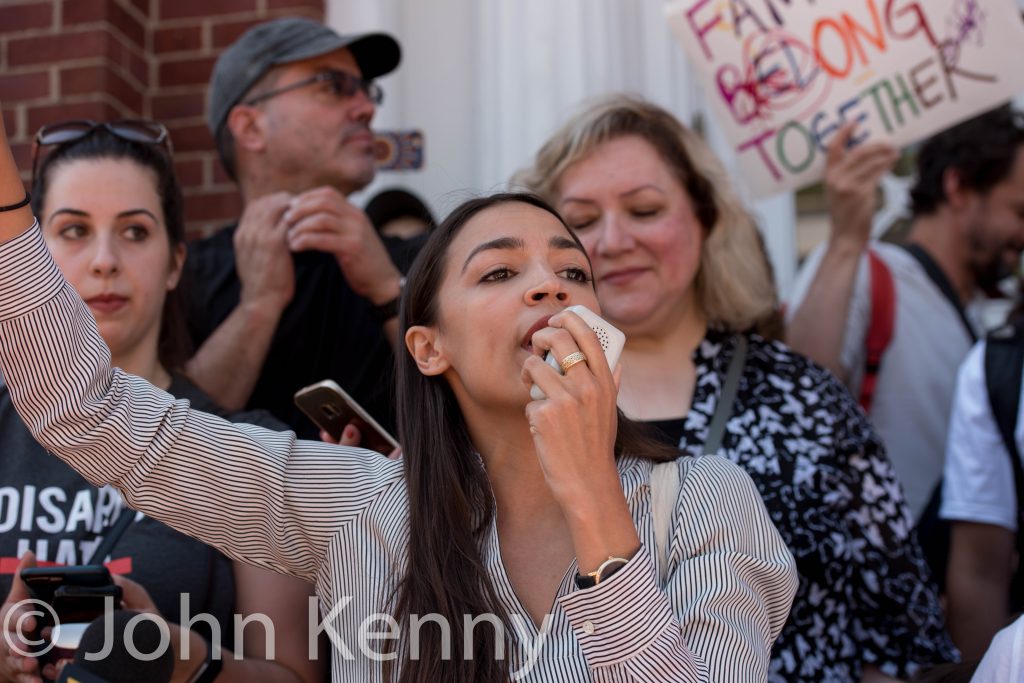 Ocasio-Cortez participated in a pro-immigrant rally and march Saturday in Jackson Heights and I briefly spoke with her during the march.  When I asked Ocasio-Cortez whether she and Crowley spoken she suggested positive contact and referenced working to ensure continuity in constituent services (which assumes that, as widely expected, she’s elected in November).  When I asked specifically about the tone of her conversations with Crowley Ocasio-Cortez replied that “I’ve been welcomed by the whole Party” but implied that she had not yet spoke with him, saying “I look forward to connecting more directly with him.”

A few minutes later, during another somewhat quiet moment in the march, I asked Ocasio-Cortez whether she’s had any contact with the Bronx Democratic Committee since her primary victory.  (Roughly 1/3 of the district is in the Bronx.)  Ocasio-Cortez did not answer, replying that she wished to only address questions related to the march and immigration issues.