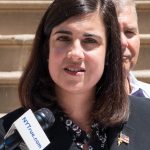 Malliotakis criticized the DoE as a “bureaucratic nightmare”, top heavy with administrators and consuming enormous amounts of money intended for improved classroom conditions.  She claimed that a lack of audits and accountability have allowed such conditions to fester and declared that she’ll initiate a DoI investigation when she becomes mayor. 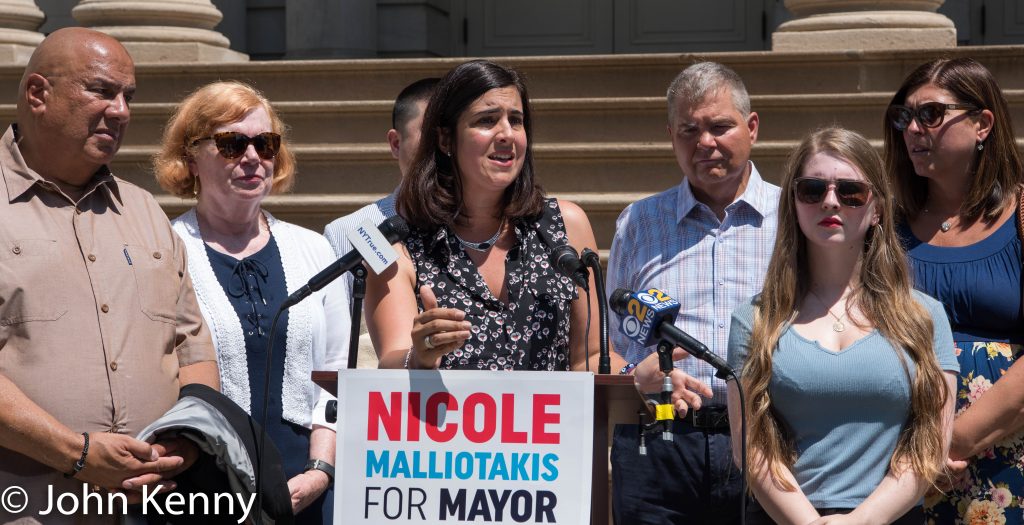 Malliotakis is generally responsive to questions, if a bit lengthy in her answers.  She’s adept at focusing on what she is interested in emphasizing, even if it’s not wholly in sync with the question.  She’s also good at producing a memorable phrase: this press conference included “this mayor has spent money like a Saudi prince,” the moniker “Mayor ‘I don’t care’ de Blasio” and “this election is not about Trump, it’s about transit, traffic and trash.”

The Q&A was roughly split between “on-topic” and “off-topic” questions.  “On-topic” questions included: 1)  what would be different in a DoI investigation from the audits cited by Malliotakis (law enforcement would be able to go further in pursuing issues, such as seeking the whereabouts/disposition of missing equipment which an audit could only report as missing), 2)  whether Malliotakis would significantly reduce DoE spending (no), 3)  what are three things Malliotakis would do at DoE as mayor besides initiate a DoI investigation (examine consultants closely, meet more frequently with the chancellor and utilize “metrics”), 4)  whether Malliotakis would fire Chancellor Carmen Farina (Malliotakis professed respect for Farina but said she would not be part of a Malliotakis administration as she is not aggressive enough on management issues and has too many friends with high-priced DoE contracts) and 5)  whether she’ll have an educator as chancellor (yes).

“Off-topic” questions included a recent Quinnipiac poll showing Mayor de Blasio substantially leading Malliotakis overall and with an even stronger advantage among women and hispanics, two groups targeted by Malliotakis and Malliotakis’ reaction to de Blasio efforts at linking her to Donald Trump.  On the recent poll results Malliotakis expressed optimism at a decline in the percentage saying they expect to vote for de Blasio’s and an increase in the percentage supporting her and ascribed some of her challenges to voters not yet paying attention to the race.  She was dismissive of de Blasio’s efforts at linking her with Donald Trump, citing her support for Marco Rubio during the Republican primaries and harshly criticizing de Blasio as dishonest and seeking to deflect attention from his own weaknesses.