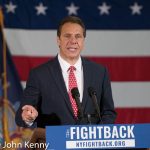 Governor Andrew Cuomo’s political focus skipped ahead a year as he and House Democratic Leader Nancy Pelosi hosted a rally focused on 2018 House of Representatives elections.  Tuesday afternoon saw Cuomo turn away from more immediate concerns, such as the looming end of the state legislative session and the 2017 election that will include a New York City mayoral election and a statewide ballot question of whether to convene a state constitutional convention.  Instead he joined six current New York Democratic House members, former Rep. Charles B. Rangel and former Rep. (and current Lieutenant Governor) Kathy Hochul in urging a crowd of 500 or so to work toward electing a Democratic House majority in 2018. 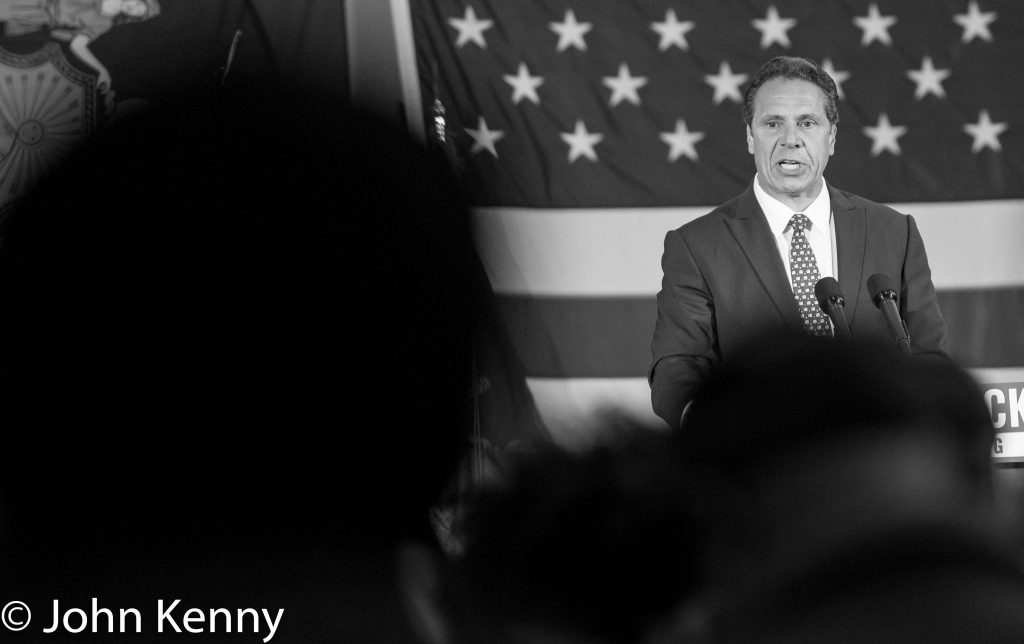 Cuomo attacked two New York Republican House members, John Faso and Chris Collins, for their recent efforts at enacting federal legislation that will shift billions of dollars in Medicaid costs to New York State.  Unmentioned were Cuomo’s lack of help for Faso’s 2016 opponent and Collins’ history as having taken his seat by defeating LG Kathy Hochul.  Neither Cuomo or Pelosi voiced support for any specific Democratic candidates.