Tonight Mayor Bill de Blasio joined a menorah relighting in Manhattan’s Carl Schurz Park.  The menorah, initially lit last night for the first night of Hanukkah, was vandalized overnight.  Mayor de Blasio joined rabbis from Chabad-Lubavitch of the Upper East Side and Congregation Kehilath Jeshurun, Council Member Ben Kallos, Assembly Member Rebecca Seawright and a crowd of about 200 people in a non-traditional relighting ceremony, intended as a  public display of defiance to the vandalism.  The park is adjacent to the Mayor’s official residence, with the menorah about two blocks from his door. 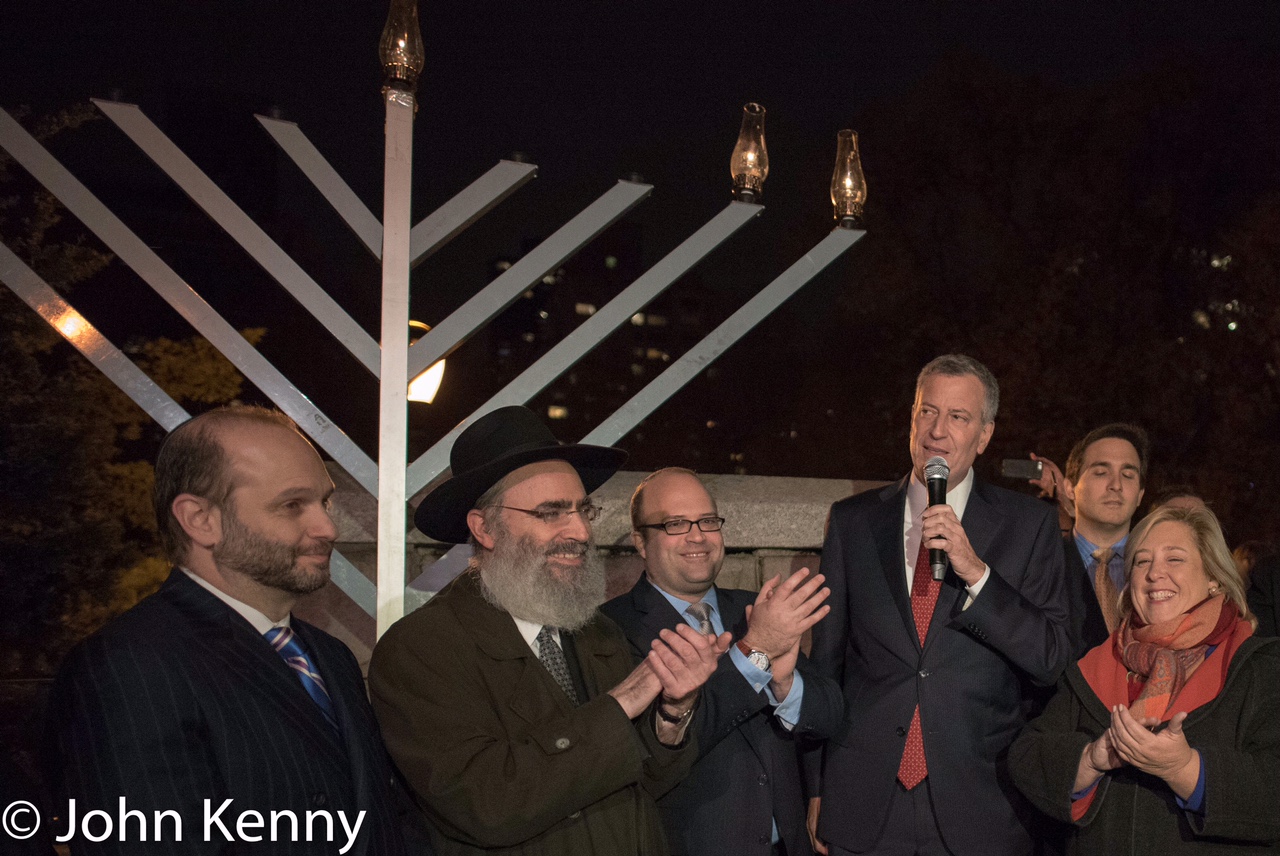