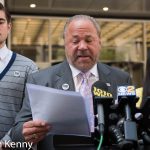 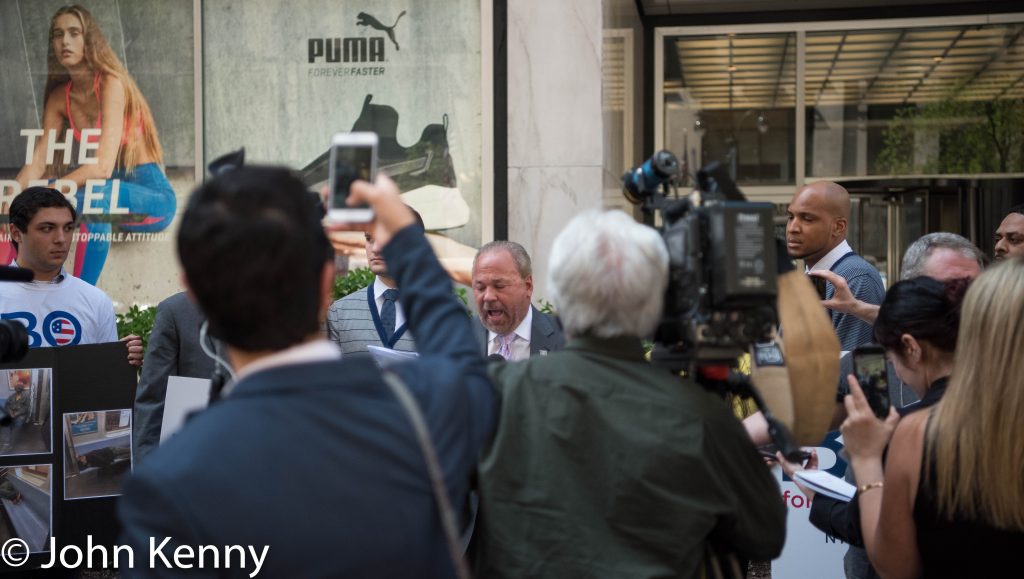 As he did yesterday, Dietl maintained that he was simply making an observation of the similarity in appearance of Mayor de Blasio’s wife and New York State judge, but offered an apology “if I unintentionally hurt anyone.”  He similarly offered apologies for past statements made on the Don Imus radio show while maintaining that any such comments comedy offered as part of a performance.

The sidewalk location injected passersby into the press conference.  10 to 15 of them settled in to watch, with a couple calling out questions and shouting support for Dietl and criticism of Mayor de Blasio.  A passing driver shouted out support, drawing a fist pump and shout from Dietl.  As Dietl frequently points out, he’s pretty well-known with name recognition infinitely greater than the others seeking the Republican nomination.  That’s a solid plus, but it may not help him with his most immediately important audience.  He continues his effort at gaining permission to run in the Republican primary, with time beginning to run short.  He needs at least three of the five Republican county organizations to agree on granting that permission, via a “Wilson-Pakula.”  While his current troubles may not greatly affect Republican primary voters, and it would likely fade long before primary day in September, they may well affect the willingness of county leaders to allow him into the primary.