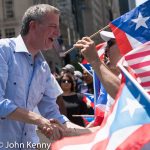 Sunday’s Puerto Rican Day Parade featured many elected officials, although some elected and appointed officials skipped the parade in reaction to the parade honoring Oscar Lopez Rivera.  Mayor Bill de Blasio marched in the parade, but appeared to make significant effort at avoiding Lopez Rivera, skipping the opening ribbon cutting and instead arriving after Lopez Rivera had joined the parade. 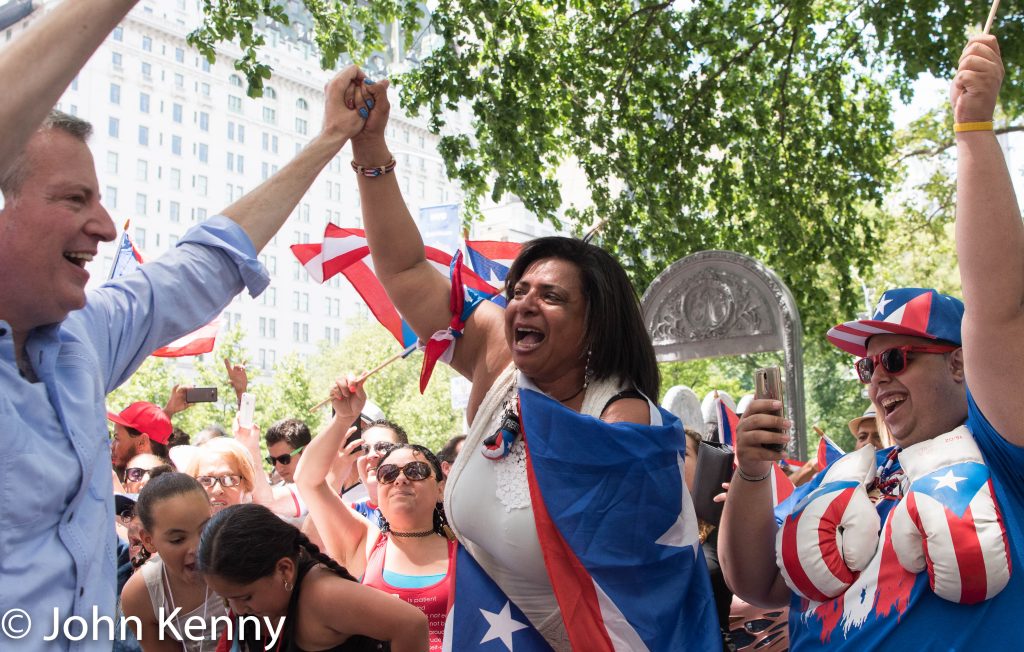 de Blasio received a very positive reaction from the crowd.  He worked the audience enthusiastically, frequently going to shake hands, hug and kiss spectators along the route.   Hearing what was said between de Blasio and people he greeted was virtually impossible due to his contingent’s sound truck playing music and the NYPD mostly keeping journalists far back from those encounters, but based on what could be heard ahead of de Blasio’s approach and seeing the crowd interactions, there was little negative reaction to the mayor.