Former governor George Pataki campaigned with Republican gubernatorial candidate Marc Molinaro, connecting for an election eve appearance in a Midtown subway station.  Pataki’s 2002 reelection to a third term was the last statewide win by a Republican.  The last time a New York Republican was elected to a first term in a statewide office was 1994, when Pataki was first elected governor and Dennis Vacco was elected to his only term as attorney general. 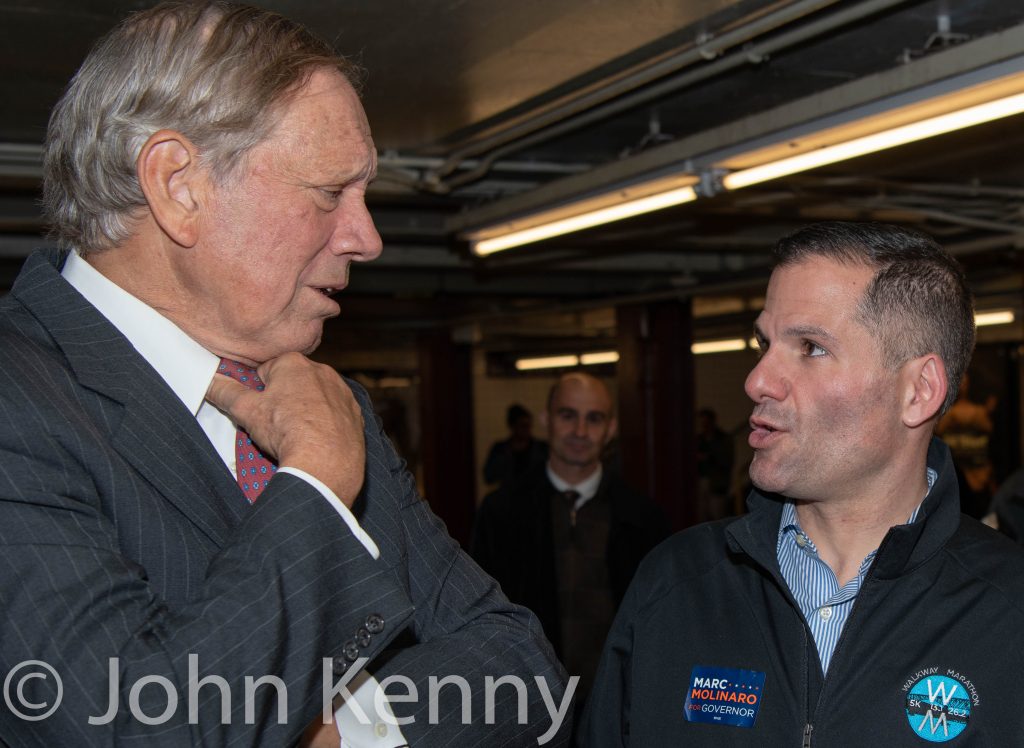