The second and final 2017 mayoral debate occurred tonight, among incumbent Democrat Bill de Blasio, Republican Nicole Malliotakis and independent Bo Dietl.  We have a photo gallery from the scene outside the debate. 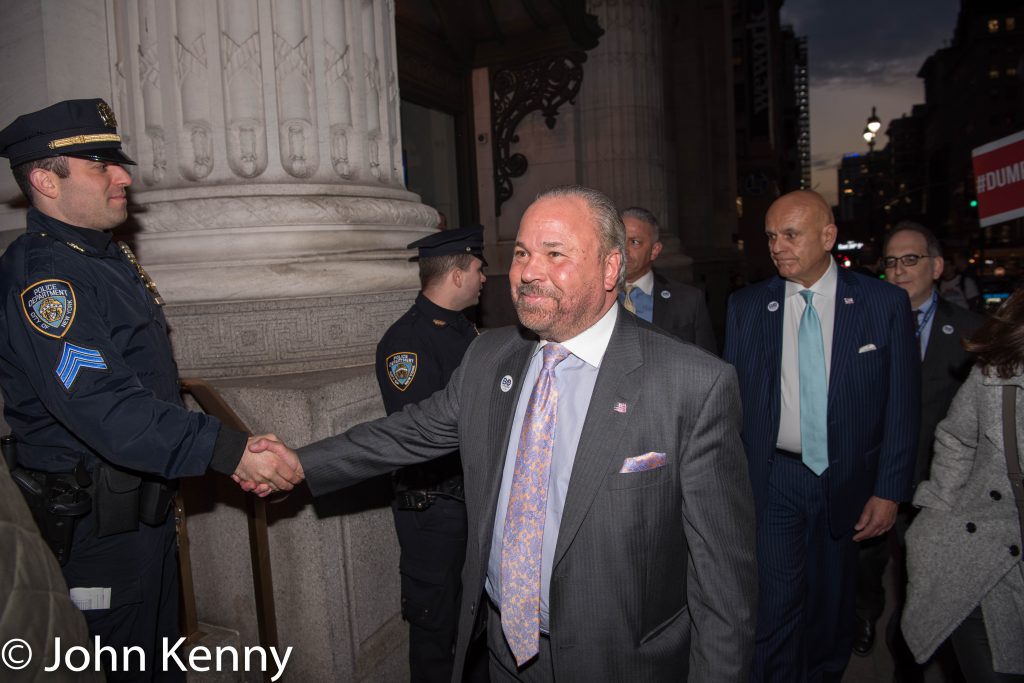 Bo Dietl and Bill de Blasio appeared briefly with their supporters.  Nicole Malliotakis did not.