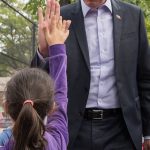 Mayor Bill de Blasio visited the Sunnyside Greenmarket Saturday afternoon, greeting shoppers at the outdoor market on a mild afternoon.  He was guided by Council Member Jimmy Van Bramer, who represents the area.

Arriving 30 minutes late, the mayor spent close to 30 minutes working his way through a block-long open air market.  It was reasonably busy, but not overcrowded.  It appeared that the people the mayor greeted were shoppers who happened to be there and not part of an organized group or rally.  He received a very cordial welcome, with many people eager to shake his hand and get a photo. Some people asked him to take action (on the subway, for example), but I didn’t hear any hostile comments or rejection of his entreaties to vote for him on November 7th. 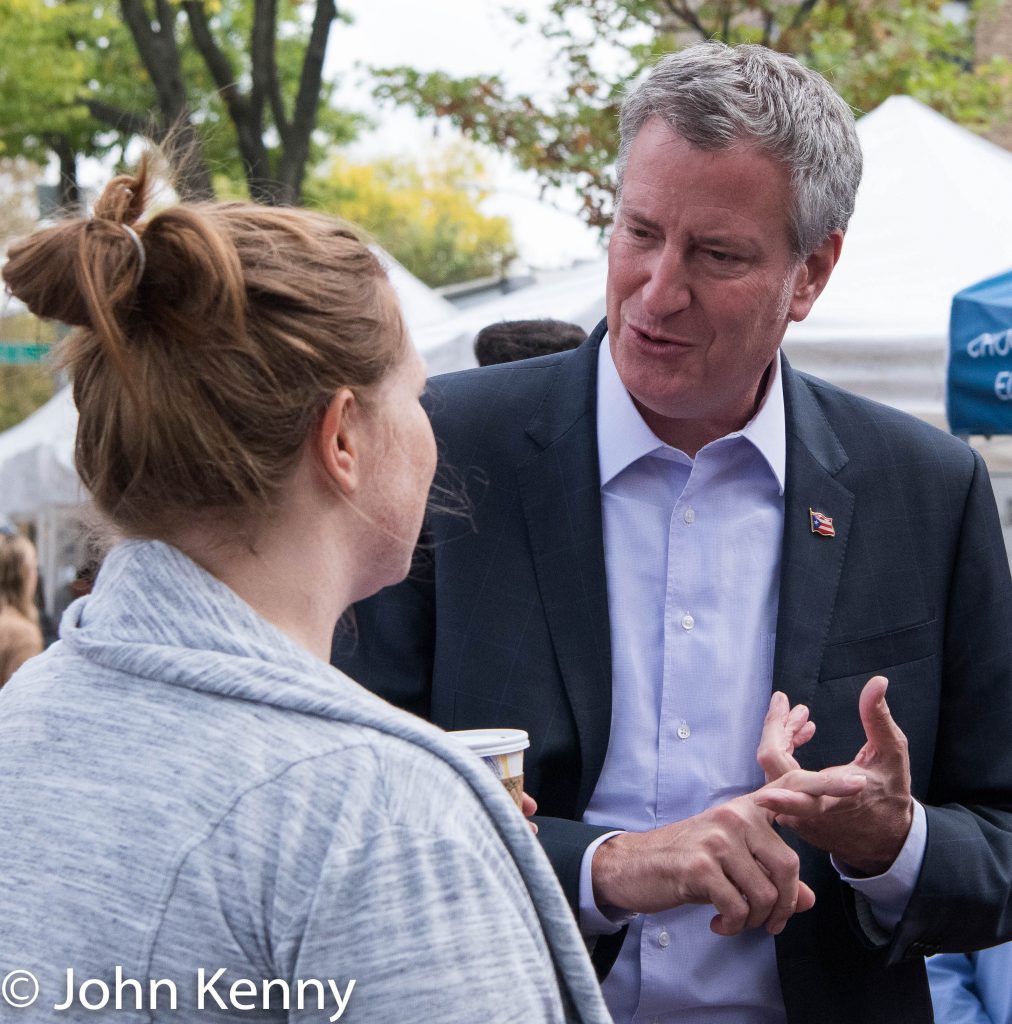 Several people mentioned pre-K, and the mayor also brought it up with.  Baseball was also a frequent topic, with plenty of Mets gear sported in their home borough.  Several people raised the mayoral debate, lamenting the raucous and, in their view unproductive, atmosphere of the debate.  Mayor de Blasio appeared to share their views.  At least one shopper urged the mayor to act to improve the performance of the 7 train. 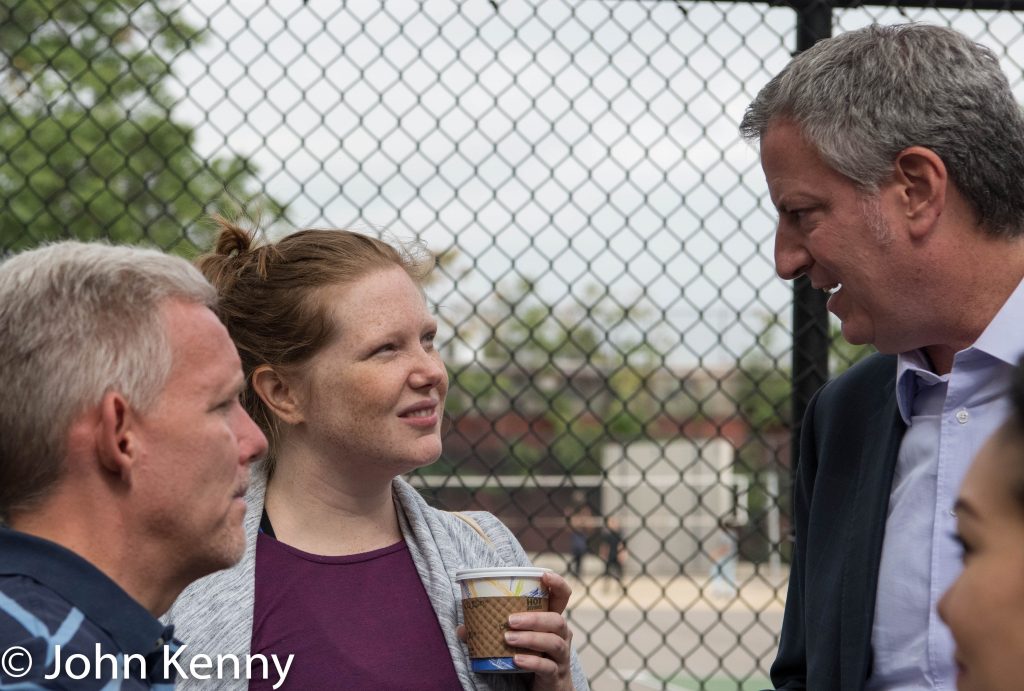 Mayor de Blasio and Council Member Van Bramer wrapped up their visit with a walk to a local pizzeria, grabbing a slice before the mayor headed to a Manhattan campaign stop.

Additional Note:  Mayor de Blasio did not take press questions at this appearance.