A centerpiece of de Blasio’s effort is his proposal to provide $75 million to the Board expressly to fund the opening and staffing of 100 early voting sites for the 2019 general election, the 2020 presidential primary and the 2020 June state and federal primaries.  (That funding is provided in the mayor’s executive budget, but must be included in the final adopted budget approved by the Council before it’s actually available to the Board.)  The recent changes to state law creating early voting require a minimum of 34 early voting sites in the City, but the mayor and others have criticized that number as deeply insufficient.

Pushing the Board of Elections is a significant challenge for de Blasio.  The Board’s ten commissioners are appointed by political leaders from each of the Democratic and Republican county organizations and the mayor has no role in those selections.  It resembles his challenges in dealing with subway troubles, as he tries to influence a poorly performing government agency that he’s widely but inaccurately perceived as controlling.

His appearance stood in contrast to the appearance of actual presidential candidate Pete Buttigieg just a few blocks away minutes earlier.  Buttigieg’s lunch and press conference with the Rev. Al Sharpton drew dozens of reporters and photographers, as well as attention from passersby.  de Blasio’s appearance was far more sedate, with a more modest press contingent. 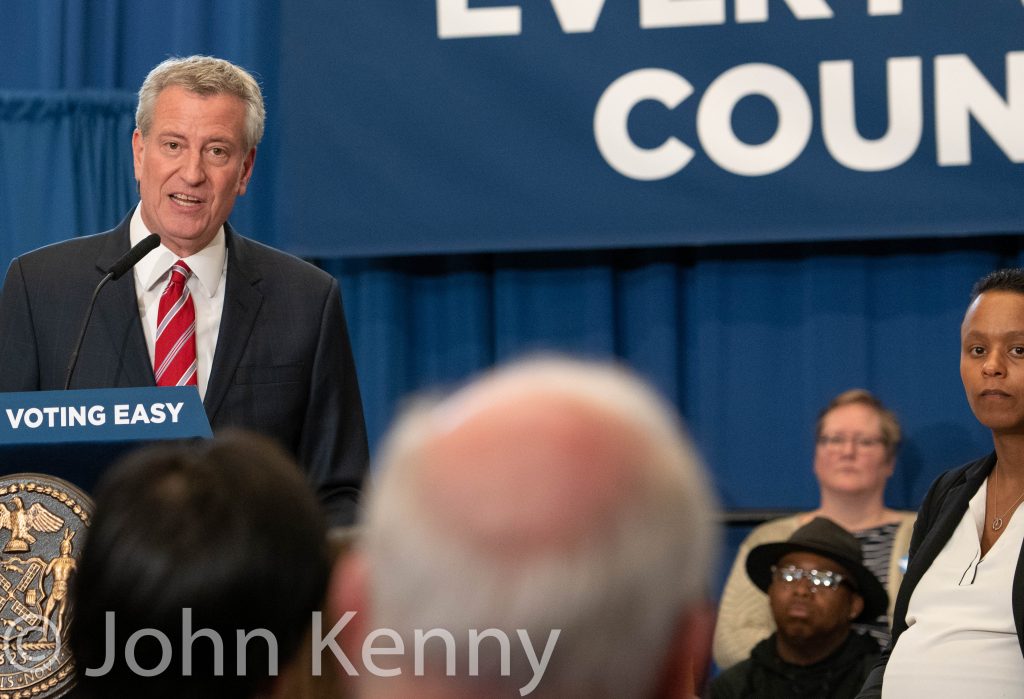