The first televised debate among public advocate candidates featured 10 contestants in an Errol Louis-moderated slugfest and a protest by one of the six candidates excluded from the debate.  The debate was hosted and televised by NY1. 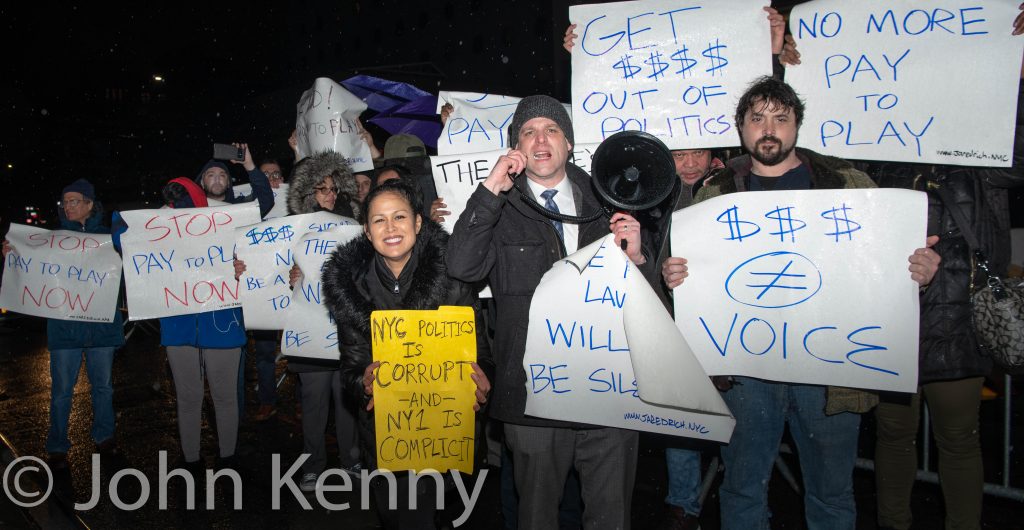 Under rules set by the New York City Campaign Finance Board candidates needed to raise and spend $56,938 by January 21st, 16 days before the debate.  Ten candidates met those thresholds but six  active candidates were excluded from the debate for not meeting them.  Jared Rich, one of the excluded candidates, organized a protest outside the Ninth Avenue offices and studios of NY1.  Fellow  excluded candidate Manny Alicandro briefly appeared at the start of the protest.  The debate was held at the studios of CUNY’s on Fifth Avenue, across town from the protest. 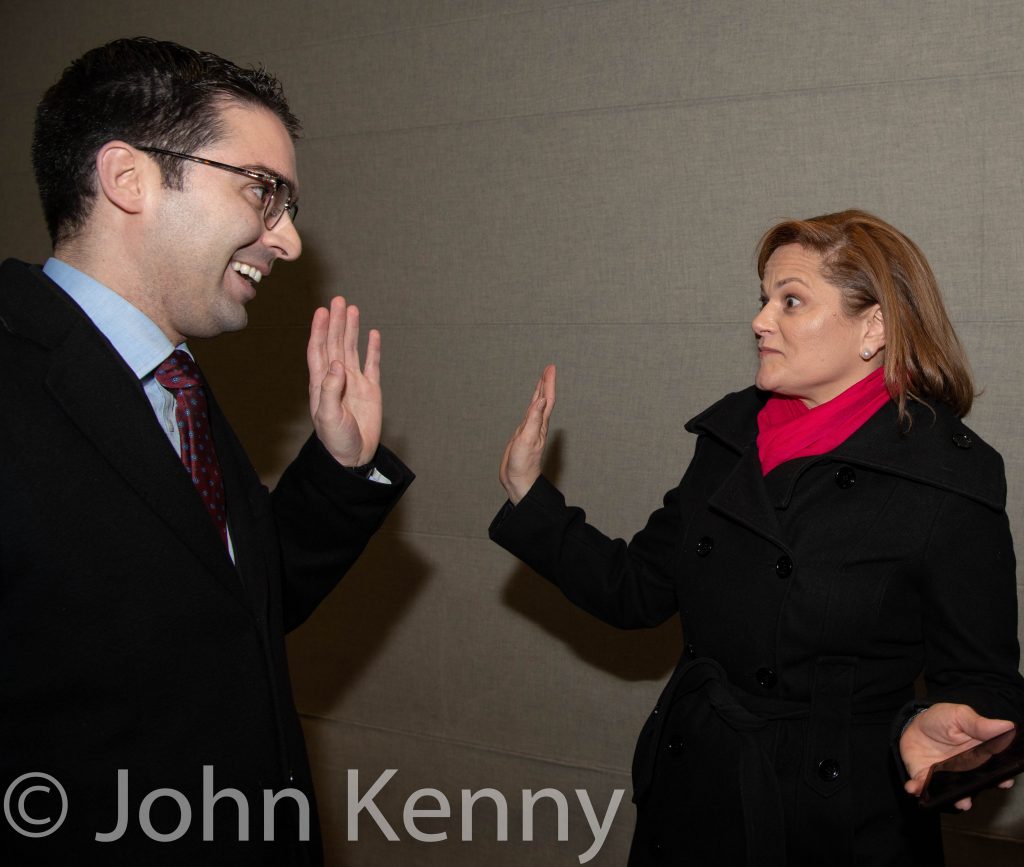