Council Member Joe Borelli held a City Hall press conference Tuesday calling for Mayor Bill de Blasio to resign.  Borelli, a Staten Island Republican, was joined by Nick Langworthy, the incoming chairman of the NYS Republican Party.  They framed their resignation demand as primarily driven by de Blasio’s presidential campaign distracting him from fully discharging his mayoral duties, but also referenced a variety of what they view as policy failures during de Blasio’s term. 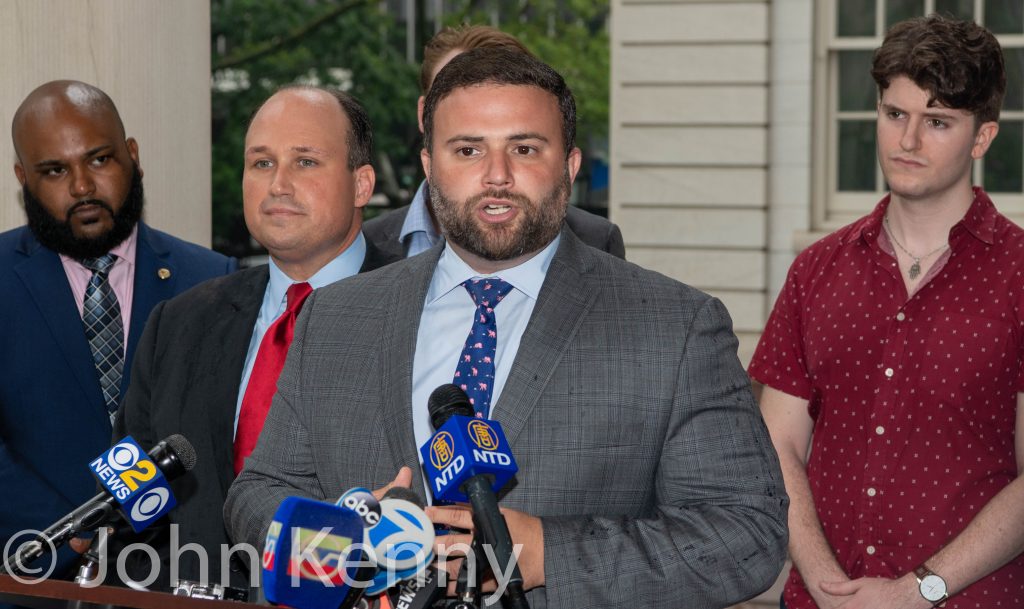 The possible distracting effects of de Blasio’s presidential campaign are real and have been a press focus.  In the early stages of his campaign he’s left the City mostly on weekends for visits to early primary states.  Should he gain any traction and his campaign continue through the rest of the year and into 2020 these distractions will grow.

There’s a paradox in both Borelli and the NYS Republican chair demanding the mayor’s resignation based on his campaign for another office, however.  Borelli, who represents a Staten Island council district for a term through the end of 2021, is currently running for citywide office.  The last two NYS Republican Party gubernatorial nominees, Marc Molinaro of Dutchess County in 2018  and Rob Astorino of Westchester in 2014, were sitting county executives who campaigned statewide despite holding local office.

Borelli denied any paradox or contradiction, arguing that his 2019 campaign for public advocate does not take him outside the City and that he does not spend a large amount of time on it.  Langworthy (who was not GOP chairman in 2014 or 2018) also denied any contradiction in criticizing de Blasio for acting similarly to his party’s recent nominees.