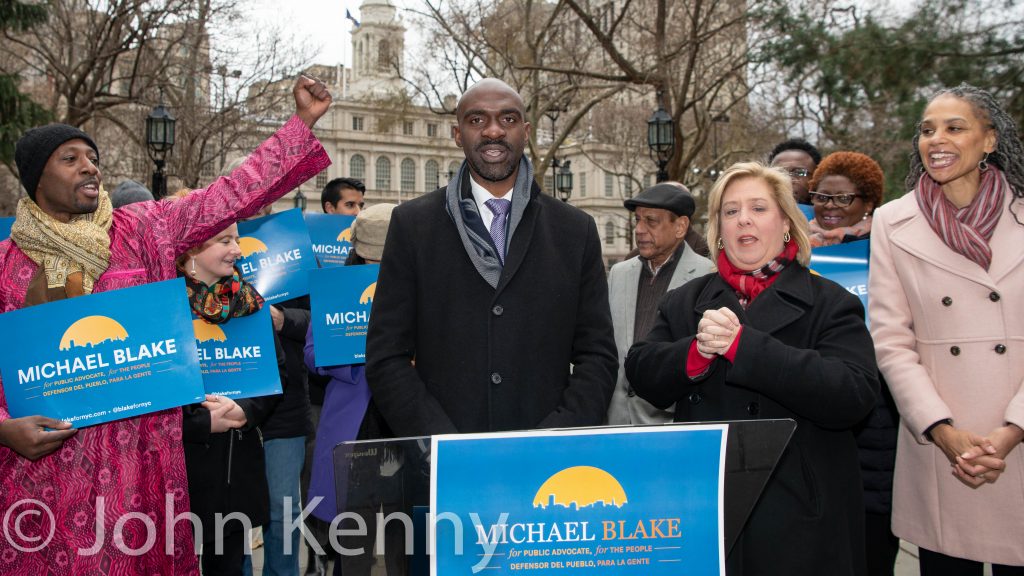 Describing himself as “a brother from the Bronx” Blake cited his father, a hospital janitor and SEIU1199 member, and mother, a Jamaican immigrant, as formative influences and inspiring his “jobs and justice” theme.  Declaring that “we have to unite, we have to rise as a city” Blake mentioned obtaining a permanent seat on  the MTA board for the public advocate, increasing business opportunities for minority and women owned businesses and “closing Rikers responsibly ” as items he’ll focus on. Asked to assess incumbent Tish James’ tenure as public advocate Blake described her as “a phenomenal public advocate,” citing her efforts on pay equity and rooting out “bad landlords.”  Asked what he would change the most from James’ tenure Blake offered that he would increase efforts on increasing  minority and women owned businesses access to capital and contracts and tracking and increasing jobs under such contracts going to people of color and women. 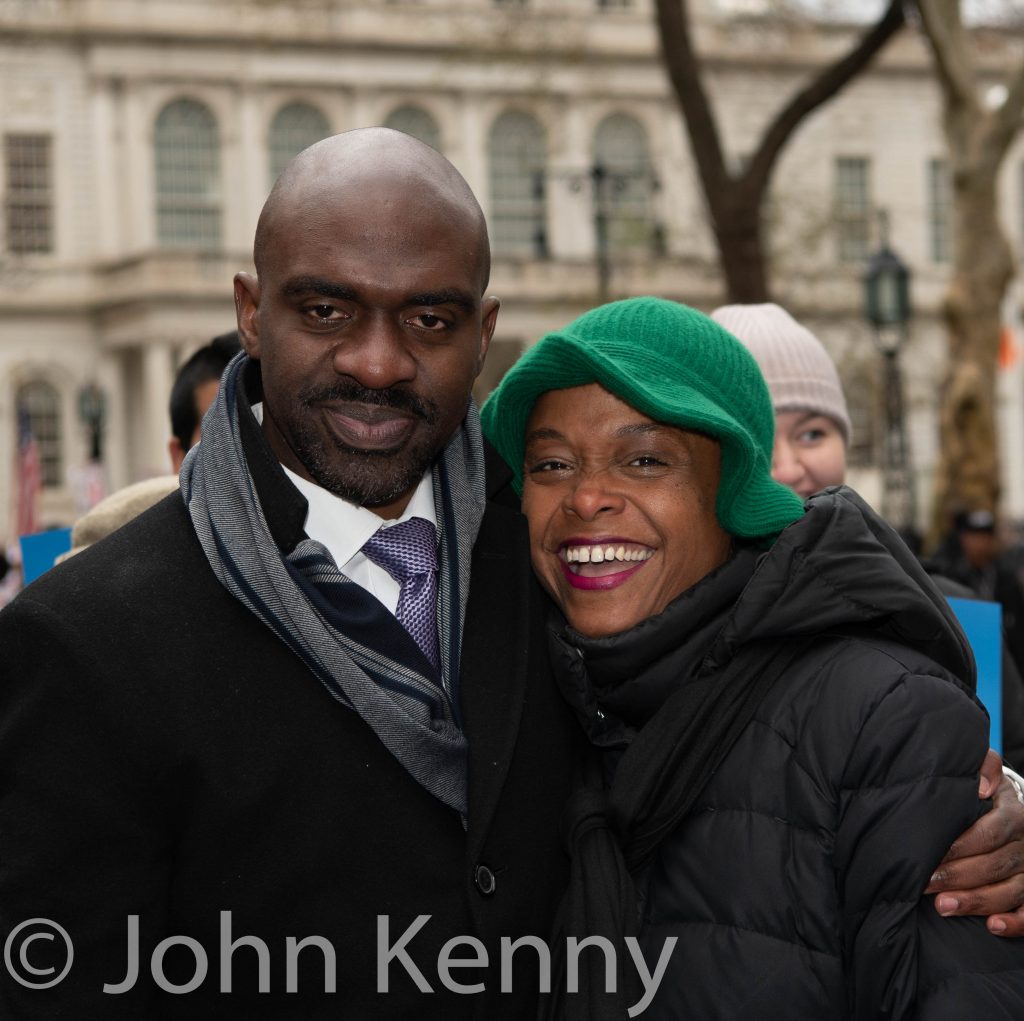