Alexandria Ocasio-Cortez endorsed Zephyr Teachout yesterday, giving a progressive boost to Teachout in the Democratic primary for New York State attorney general.  They appeared together for a press conference at the “Charging Bull” statue in Lower Manhattan, surrounded by a large press contingent and approximately 100 supporters 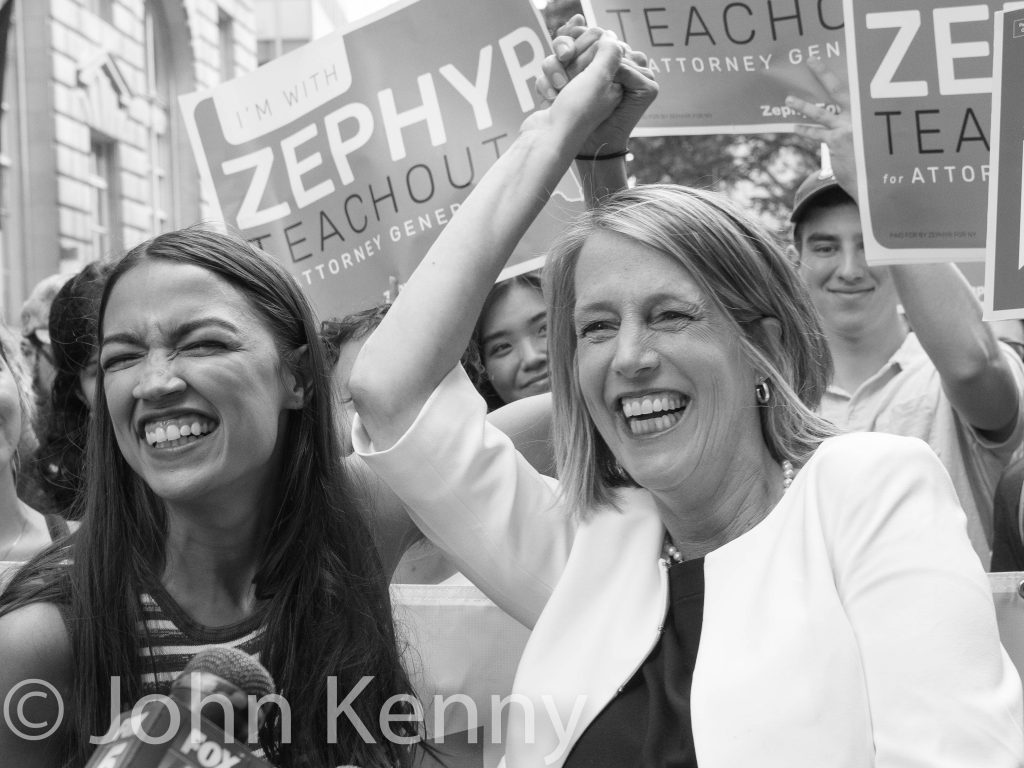 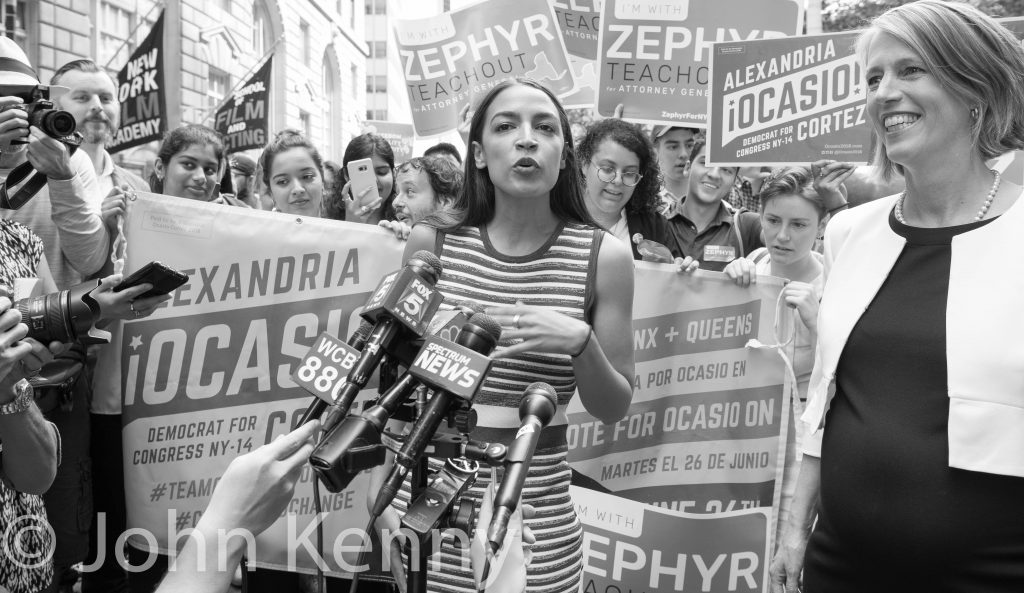