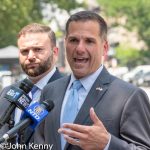 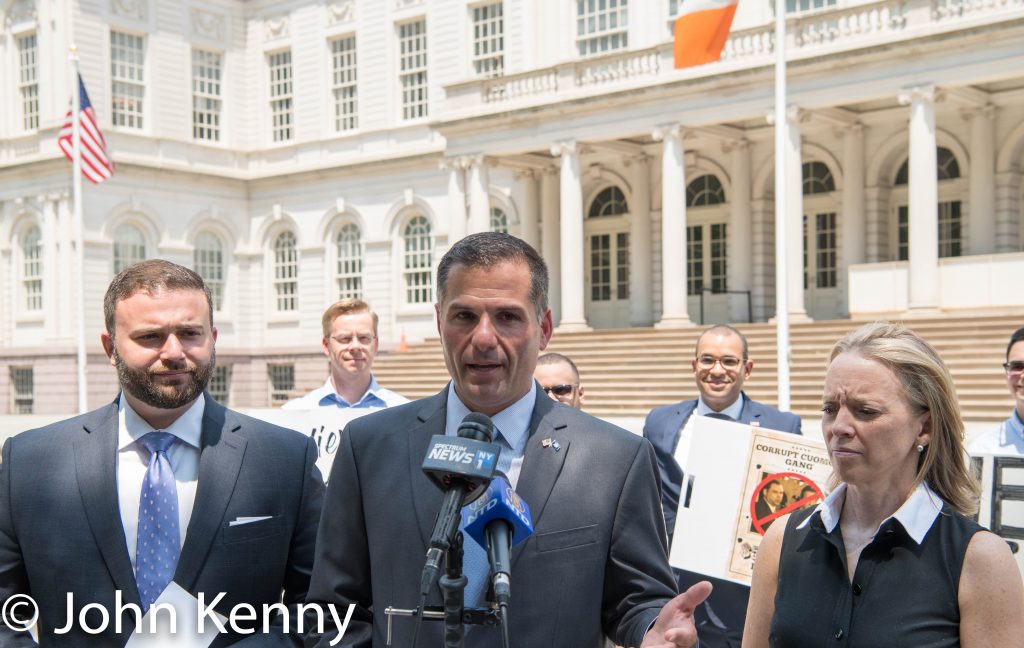 Molinaro’s Dutchess County bona fides are solid, but he’s still not well known in New York City.  Elected to the Village of Tivoli Board of Trustees at age 18 and then serving 12 years as mayor, Molinaro also represented Dutchess County in the New York State Assembly and is currently the Dutchess County Executive.  Any prospect of victory requires performing well in vote-laden New York City and its suburbs.  I asked Molinaro how, with his experience in a fairly small rural county, he’ll convince those City voters that he will be able to run a dramatically larger government.  “It’s not the size of your county that counts, it’s your ability to lead it” he responded, saying that his self-described ability to hire good people is key and that he understands “major issues facing ordinary New Yorkers.”  As to what issues he sees as key for New York City, and whether that differs from the rest of the state, he referenced a “high cost of living, lack of accessible housing and a failing transit system” as shared concerns of both City and non-City New Yorkers, but didn’t offer any insight into whether he sees significant differences in their concerns.   He pivoted to a critique of Governor Cuomo, saying that New Yorkers in both the City and upstate seek a “government they can trust, and a governor who will listen to them, bring them together and solve the problems that face them.”

Molinaro had little to say when I asked for reaction to the Trump/Putin Helsinki press conference, which had occurred 2-3 hours earlier.  He offered only that “I haven’t [seen the press conference or news reports], but Russia is no friend of the United States.” 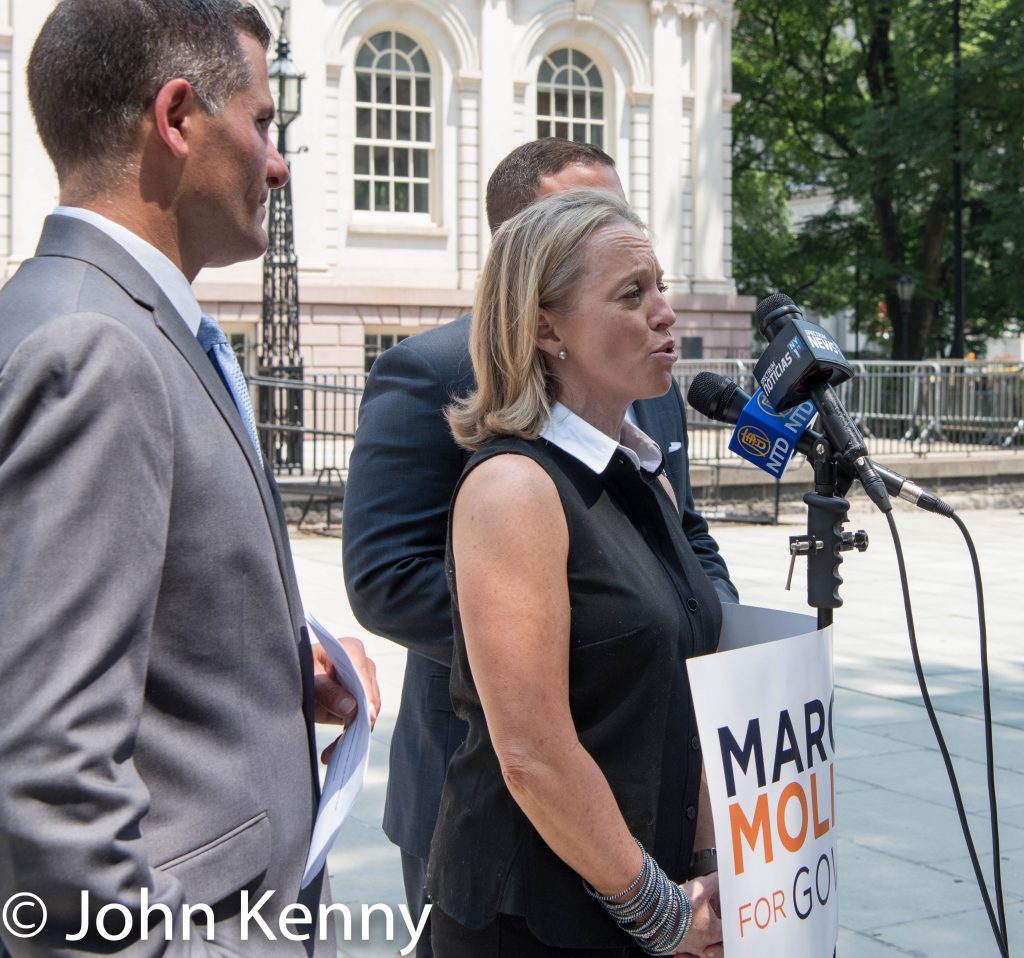