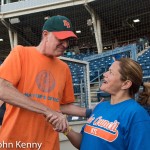 Mayor Bill de Blasio avenged his 2014 softball loss to the City Council, leading his team to a 13-12 victory last night.  Playing before a handful of fans at the Staten Island Yankees home stadium, the teams fought hard for the City Hall bragging rights at stake.  Our full photo gallery is here.

Mayor de Blasio boosted his team by enlisting Staten Island Borough President Jimmy Oddo.  Oddo, a former City Council member, and de Blasio asserted that as an “executive branch” employee Oddo was eligible for the Mayor’s team.  Oddo razzed his former colleagues and raised the level of play for the Mayor’s team. 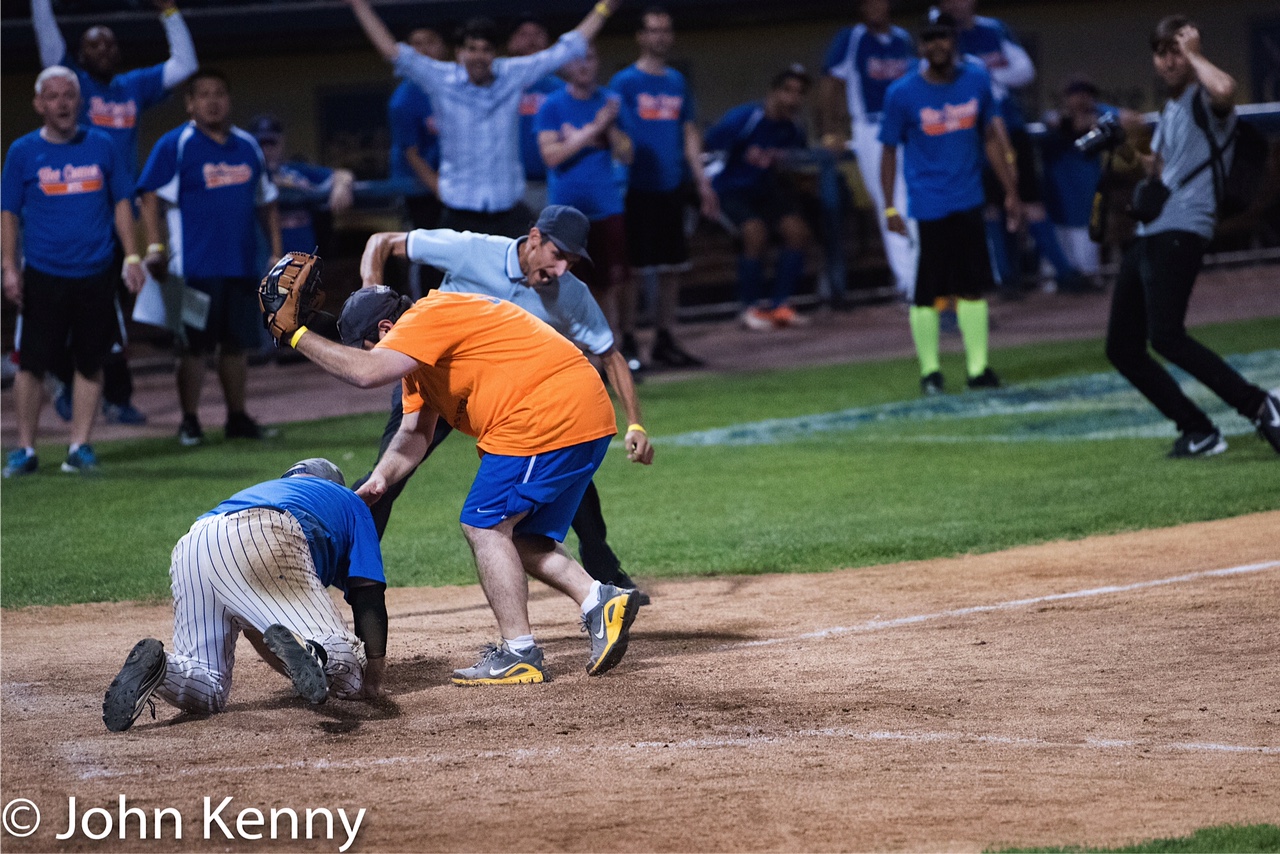 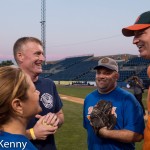 The first pitch was thrown out by FDNY Lt. James Hayes.  In August Hayes was shot while responding to an early morning fire call on Staten Island.  de Blasio was widely criticized for going to his Brooklyn gym that morning, rather than rushing to the scene.  Hayes did not display any hostility to the Mayor, with the two having a warm chat after Hayes fired off his pitch.  (Sidenote:  Hayes made a solid throw to Jimmy Oddo.  Republican Oddo made sure that he was joined at the plate by Staten Island’s two council members, Republican Steve Matteo and Democrat Debi Rose.)  A heckling fan did display a little hostility related to that episode, though, yelling “staying at the gym that day didn’t help” after de Blasio bobbled a ball.  Somewhat more humorously, as de Blasio came to up to bat a heckler declared that the Mayor was lucky that the pitches can’t go “over 25 miles an hour.”

A group of about a dozen protestors made themselves heard.  Kept outside the stadium, their chants of “black lives matter,” “I can’t breathe” and “NYPD, KKK, how many kids did you kill today” floated in from outside the main gate above home plate.  The Mayor, Speaker and their teams ignored them.  After a couple of hours at the stadium the group walked down Richmond Terrace, chanting, waving signs and blocking traffic.  Here’s a clip of the singing of the Star Spangled Banner, with chants floating in.