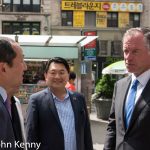 Republican mayoral candidate Paul Massey visited Koreatown Thursday, taking a walking tour on 32nd Street with several local business and civic leaders.  Trailed by a swarm of campaign interns, Massey moved briskly along 32nd Street.  He visited several businesses, including a soon-to-open spa, a couple of restaurants, a multi-level food court, a skin care/personal care products store and a gift store.  He ended at a bar loaded with an enormous sound system and extensive record collection, answering questions from some Korean-American news outlets and two New York political reporters.  (While in a side room dedicated to the Beatles Massey revealed his favorite Beatle – Paul, of course.) 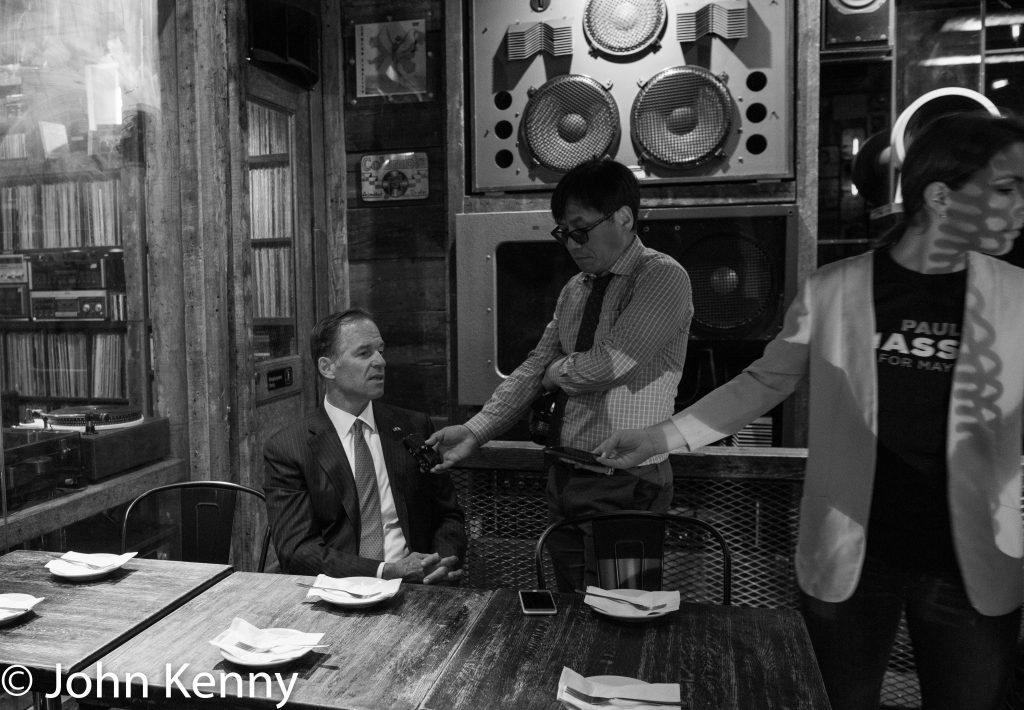 Massey received a warm welcome from his hosts, and that may have a meaningful impact to the extent that they further introduce him and convince others in the Korean-American community to vote for Massey and contribute to his campaign.  It was a low return in terms of meeting actual voters, however.  The block is popular with tourists, and on this mid-afternoon visit Massey encountered many non-New York voters.  Diners he approached in two restaurants identified themselves as foreign visitors and at least one of his hosts lives in New Jersey.  Their respective inability to vote didn’t appear to deter Massey, who continued on looking for New York voters but finding few.  He was, however, serenaded by an operatic restaurant manager.

As he concluded a press Q&A at the end of his visit, Massey spoke briefly of his ties to the Korean-American community in New York: