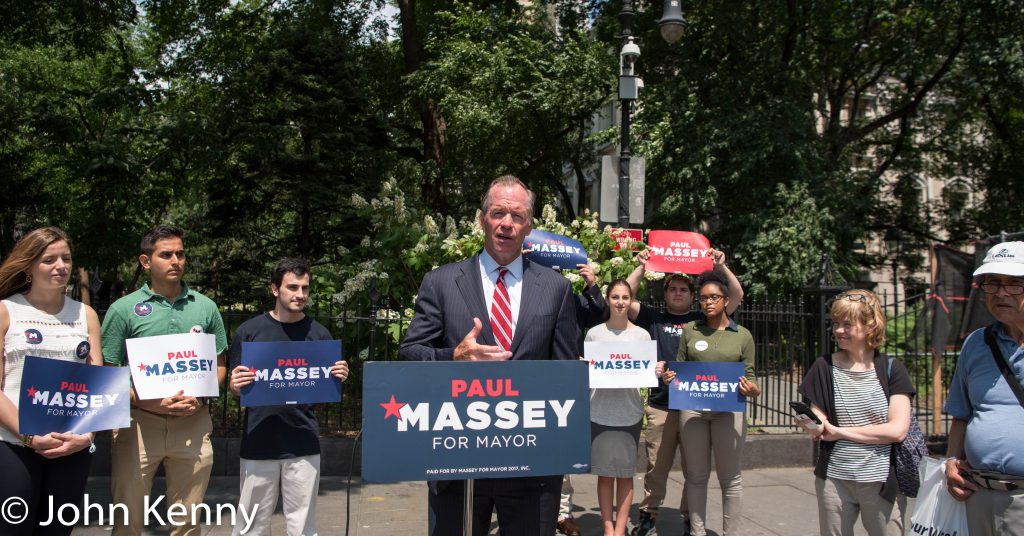 Massey’s approach concerning the subway is expressly premised on his acquiring sufficient control of the MTA, or at least its New York City Transit division, to actually direct its activities.  He offers little guidance on how he’ll do that beyond saying that he’s a “consensus builder” and a mayor who “has a force of personality and a will to get things done.”  He repeatedly criticized Mayor de Blasio for the recent subway breakdowns and delays, as well as for the condition of Penn Station.

Massey promised “immense detail” on each of proposals, adding that he will provide that immense detail thoughout this week, including a “solution … in great detail” for the G train on Wednesday.

Massey did say that he opposes any congestion pricing plan or imposition of tolls on City-owned East River bridges.  That’s a winning position with many City residents outside Manhattan, but eliminates a potentially significant tool in addressing traffic congestion.