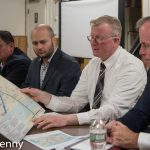 Republican mayoral candidate Paul Massey attended a transportation town hall Wednesday night, getting a glimpse into several transportation issues affecting South Queens.  Hosted by the Queens Public Transit Committee at the South Ozone Park Knights of Columbus, the town was lightly attended but those in attendance were deeply focused on transportation issues.  Massey mostly listened, acknowledging his lack of transit expertise but seemingly interested in learning about the topic. 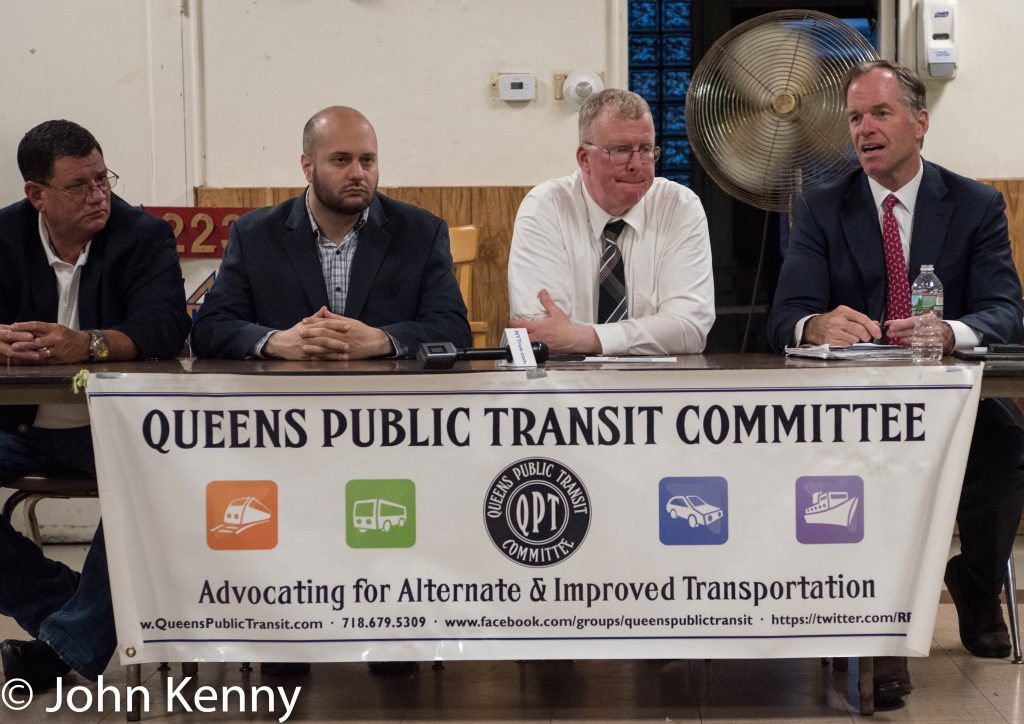 The Queens Public Transit Committee is a small but energetic group recently founded by Queens residents focused on the possible reopening of a long dormant Long Island Railroad Rockaway Beach Branch.  A reopened Rockaway Beach Line would provide Rockaway and other parts of South Queens Long Island Railroad access and a significantly better rail ride to Manhattan than the A train.  QPTC has expanded its focus to other transportation issues in South Queens.

Here is a truncated video of nearly the entire town hall.  (It picks up several minutes into the town hall.)