Republican/Conservative mayoral candidate Nicole Malliotakis met this morning in Harlem with about 20 ministers from Mobilizing Preachers and Community, or MPAC.  (MPAC is a coalition of  ministers, but the attendees emphasized today that they were attending individually.)  Although she was welcomed and the group was very interested in hearing from her, she had a bumpy time. 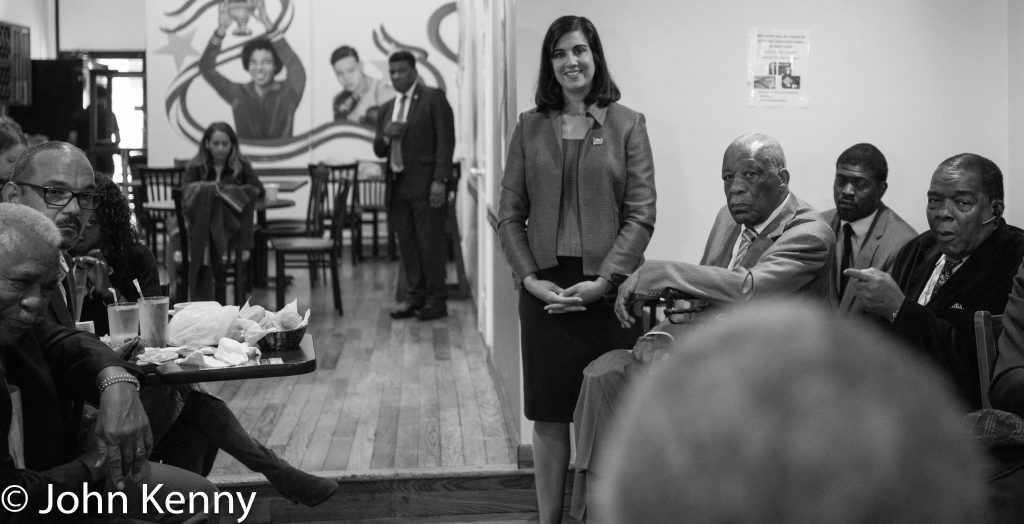 MPAC and its president, the Rev. Dr. Johnnie Green of Mt. Neboh Baptist Church have made many statements critical of Mayor de Blasio and for a time actively sought an alternative candidate to replace de Blasio.  Attendees today were clearly open to Malliotakis, but wanted to hear directly from her and get to know her.

In conversations before Malliotakis’ arrival, several attendees focused on the changes being wrought by gentrification and the consequential need for affordable housing and on charter schools as their top political interests.  Several attendees also spoke of the importance of having members of their community in key City government positions, expressing frustration at having mostly failed in that effort.  Two attendees pointed to the “major commissioners,” NYPD, FDNY and Transportation, as prime government spots held by whites to the loss of African-Americans, while another pointed to City boards and commissions as the main available locus of government power.

When asked about the general sentiment among their church members generally toward Mayor de Blasio one pastor said many of his members “feel hoodwinked.”  He also said that it’s his impression that his members are less focused on the mayoral election than they were in 2013.  (The same attendee said that he does not see any significant support among his fellow ministers or church for Bo Dietl.)

Malliotakis gave her standard stump speech, offering a desire to provide basic services and “clean up” the City as her motivation for running for mayor.  She discussed rising rents and a lack of affordable housing, but also lamented rising property taxes, criticized Mayor de Blasio’s fiscal management and his efforts at allowing private sector housing on NYCHA property.  She promised to work with Governor Cuomo on addressing subway troubles (Green and MPAC are more closely aligned with Cuomo than de Blasio.)

Overall her pitch was a partially lost opportunity, as she could have more extensively and effectively targeted her speech to her audience’s interest in affordable housing and charter schools. 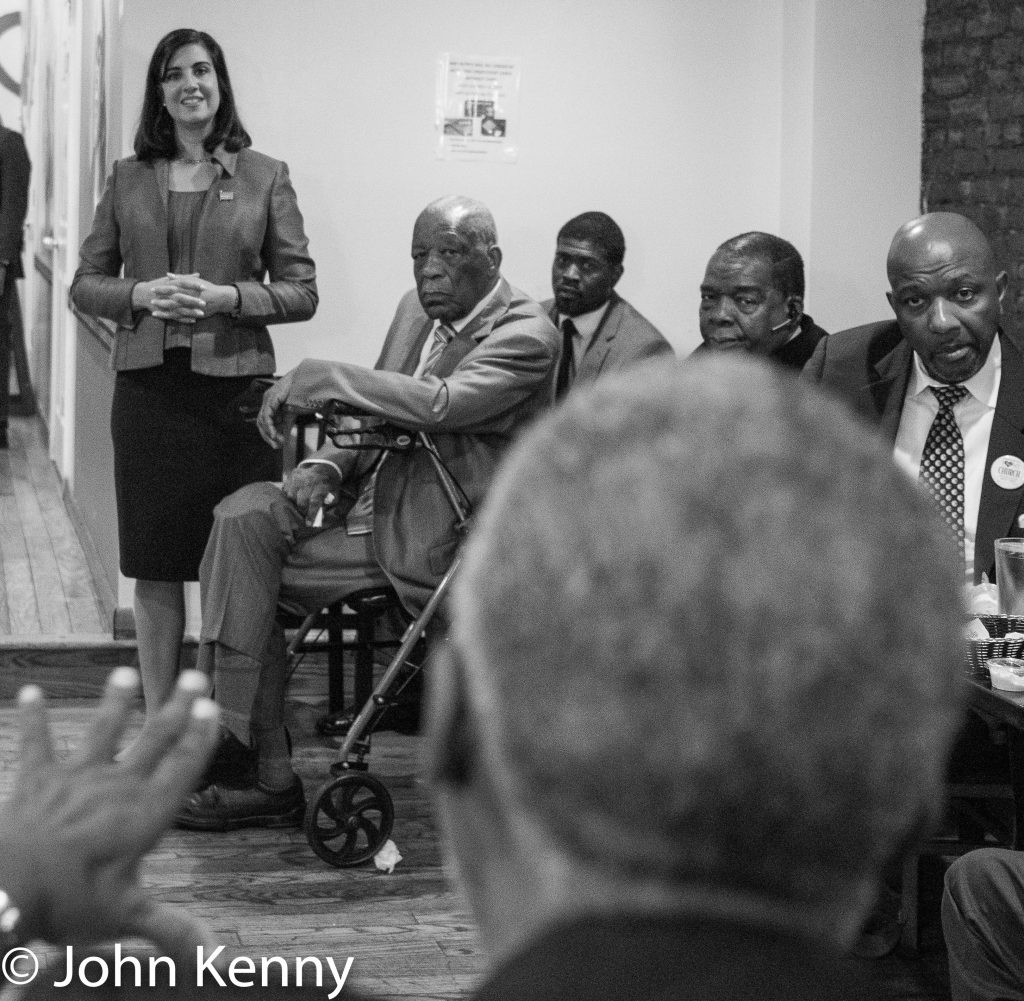 Malliotakis Q&A began with a criticism and a lengthy multi-part question.  Her questioner began by saying that “I don’t think you did yourself much good fighting as you did” and critically observing that along with Bo Dietl “you want to see the mayor in jail.”  His lengthy question included an exhortation to see an increase in jailing people engaged in the “scourge” of drug use, whether Malliotakis favors mayoral control of schools and who she would hire to run the school system.  He also offered that “you don’t do yourself any good” by being a Republican and Conservative candidate, closing his query by saying that the most important issue is getting rid of President Trump.  Malliotakis responded by returning to her basic theme of providing effective management and delivery of “basic city services.”

After another attendee interrupted her lengthy response to point her back to the initial question of how she would deal with drug dealing Malliotakis focused on a couple of narrow points, seeming to miss an emotional connection with her audience.  A later questioner returned to the topic of drugs, focusing on the racial disparity in how  “dope addicts” were were regarded and treated in prior years versus how the increasingly white users of opioids are are regarded and treated.  Malliotakis listed several bills she’s proposed or supported, but again missed making an emotional connection.  Due on a call for live radio broadcast she then exited, leaving her audience without an effective close or asking directly for their support.

Malliotakis doesn’t raise her religion or the role, if any, of faith in her life in her campaign speeches and she did not mention those topics today.  Afterwards I asked what her religion is and how active she is in her church.