Out of sight, out of mind.  That notion applied to the few sign-holding Rockaway residents who appeared at Mayor de Blasio’s boardwalk press conference on Friday.  The four I spotted were relegated to a “free speech zone” invisible to Mayor de Blasio and most of the several hundred people in attendance. 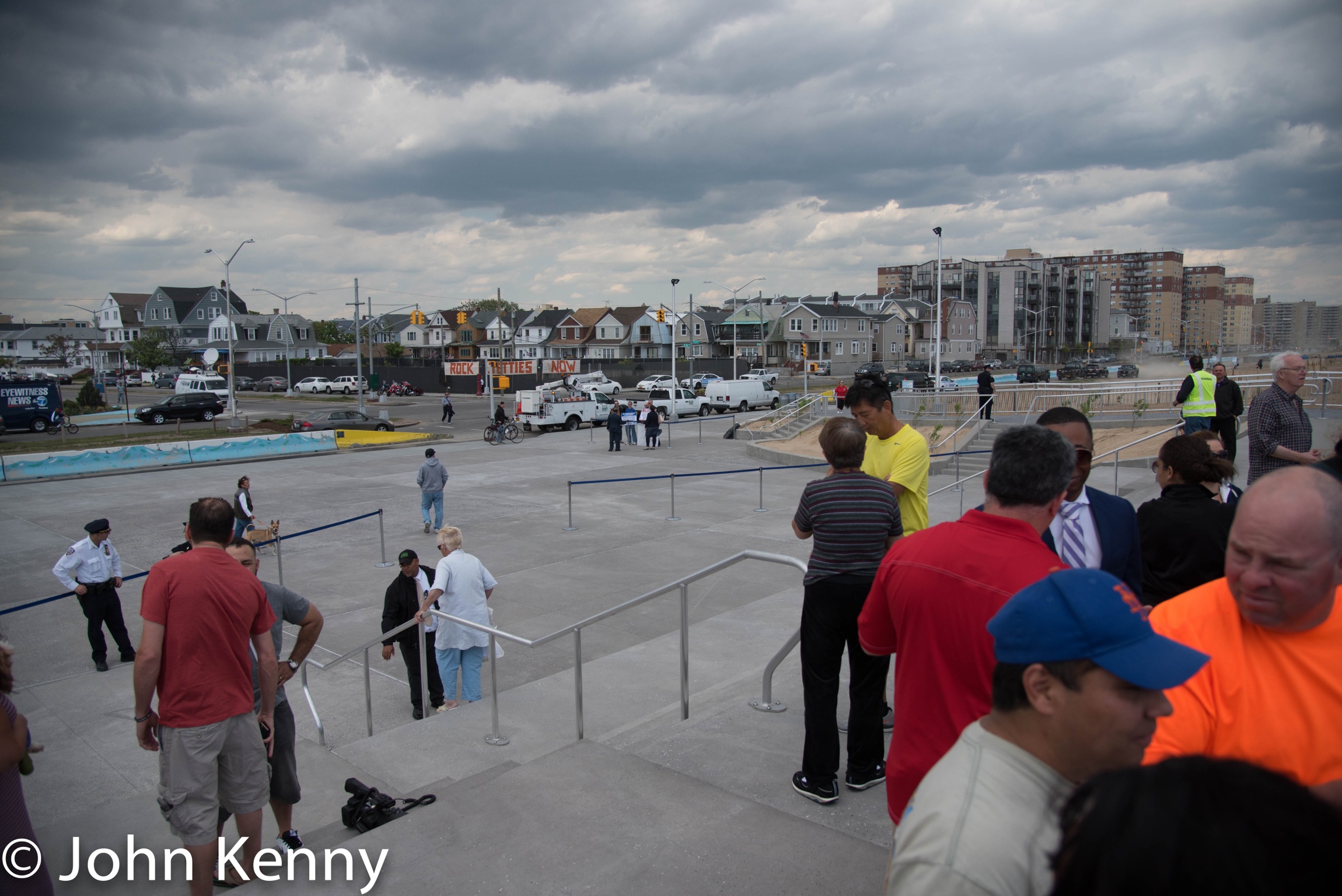 While maintaining an orderly press conference is a legitimate and fair goal, the arrangements here were excessive.  The location of the ironically named “free speech zone” rendered the people in it unseeable, their messages mute.  It’s unclear if the Mayor had any involvement in establishing, or even knowledge of, the “free speech zone”, but it was contrary to the approach he’s taken to larger and more aggressive protests.

Paradoxically, the Mayor was well-received in an area where vocal opposition has been common, with applause and accolades from the Rockaway elected officials appearing with him.  Rockaway residents who have protested against de Blasio in the past, and perhaps in the future, sat in the audience applauding his recent actions benefitting Rockaway.  Allowing the sign-holders to be visible to him and the audience would not have affected that reception.

Following the press conference, de Blasio spoke with a number of attendees as he walked 100 yards or so to his car (and away from the “free speech zone”).  Although many wanted pictures, a good number had points to express to him and he listened and engaged with them.  With 13 years in elected office, he’s clearly experienced at and capable of talking with people who disagree with him.  Unnecessarily dampening free expression, however, contributes to the emerging narrative that de Blasio avoids public engagement and undercuts the Mayor’s view that such a right is “a fundamental American value.”

Here’s a closer view of the “free speech zone.” 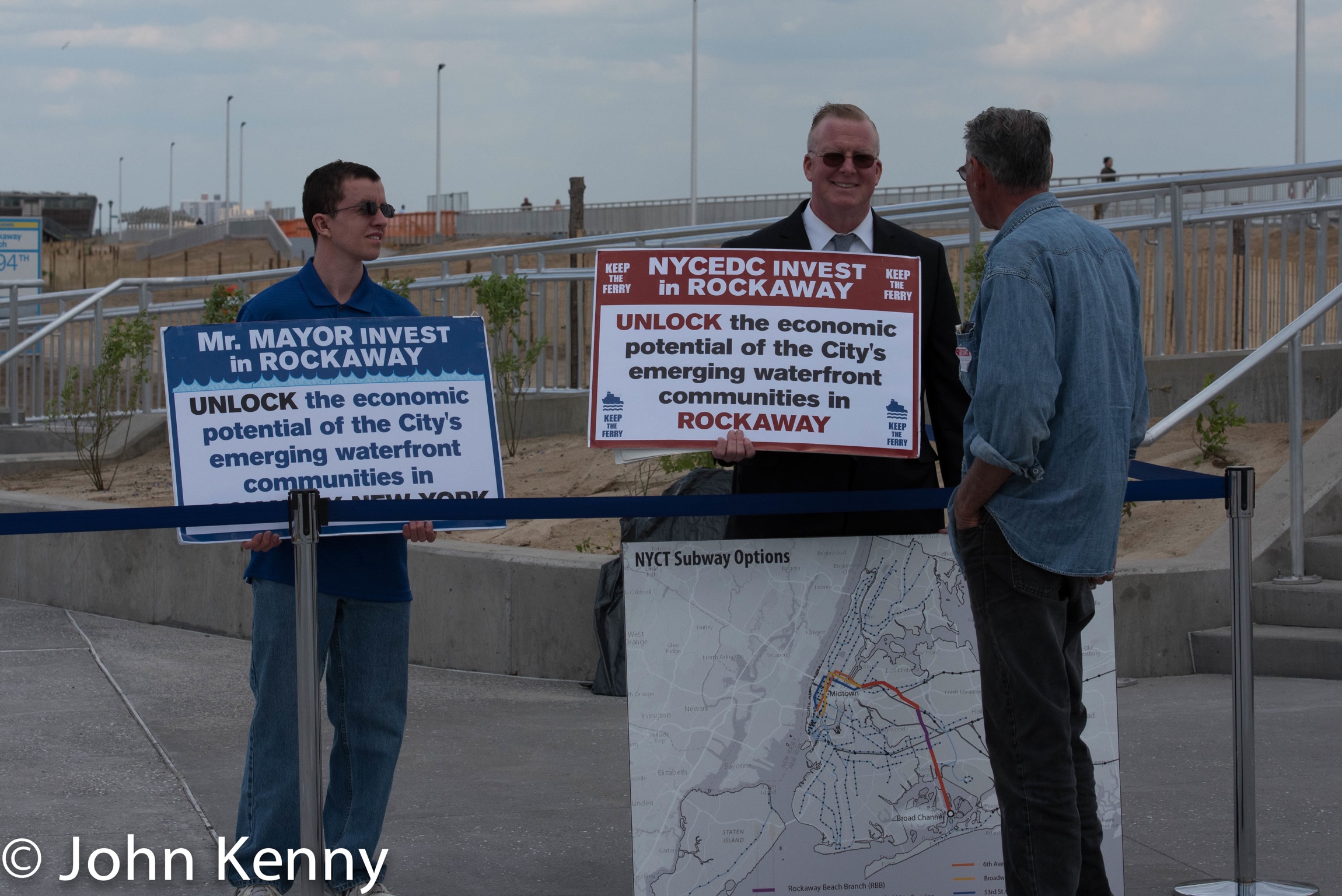 Footnote:  One protestor declined to move to the free speech zone, but he was nonetheless outside the press conference area and not visible to the Mayor. 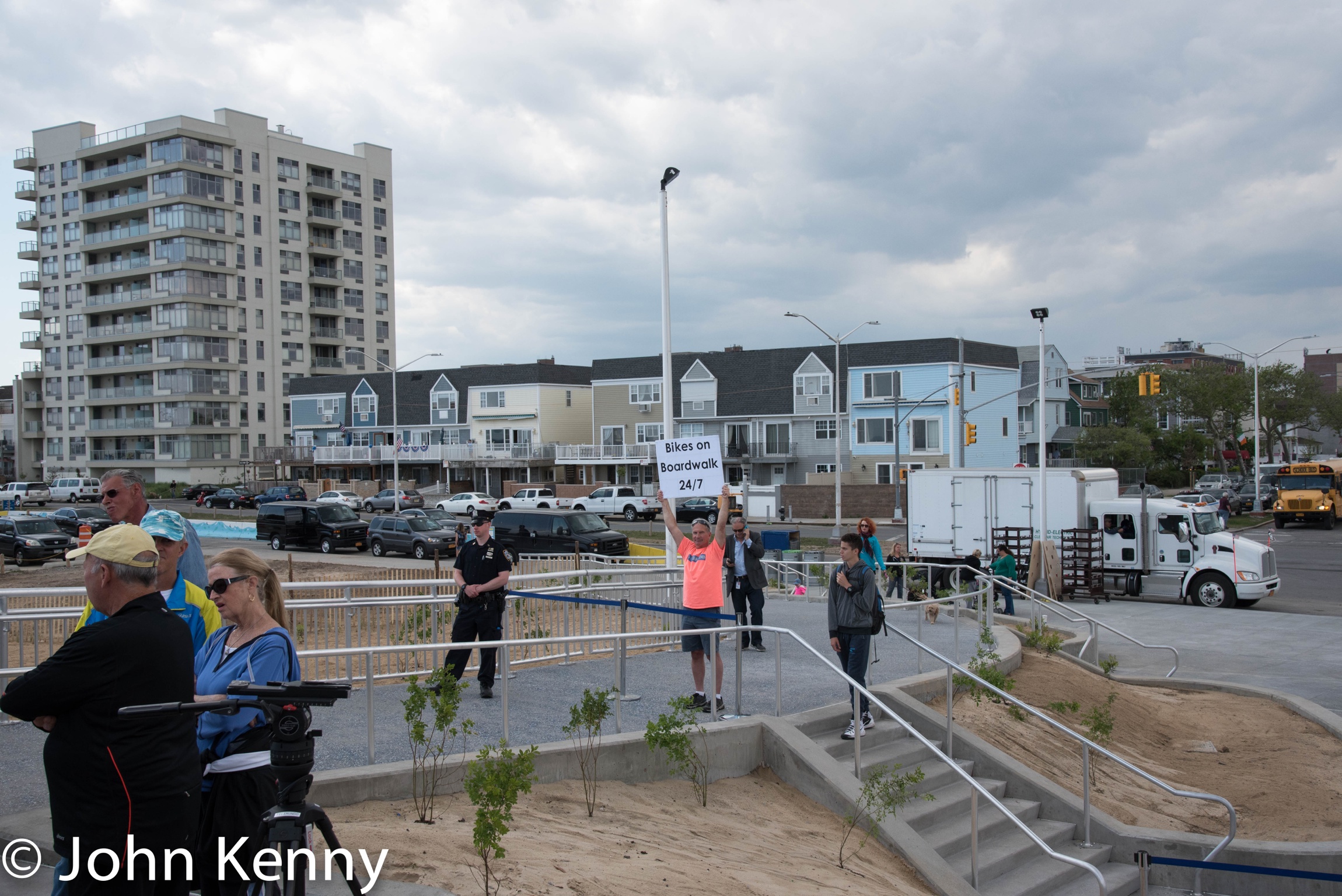