Independent mayoral candidate Bo Dietl held a press conference to criticize the City’s Department of Education, but taking the opportunity to also lambast Mayor de Blasio on a variety of other issues. 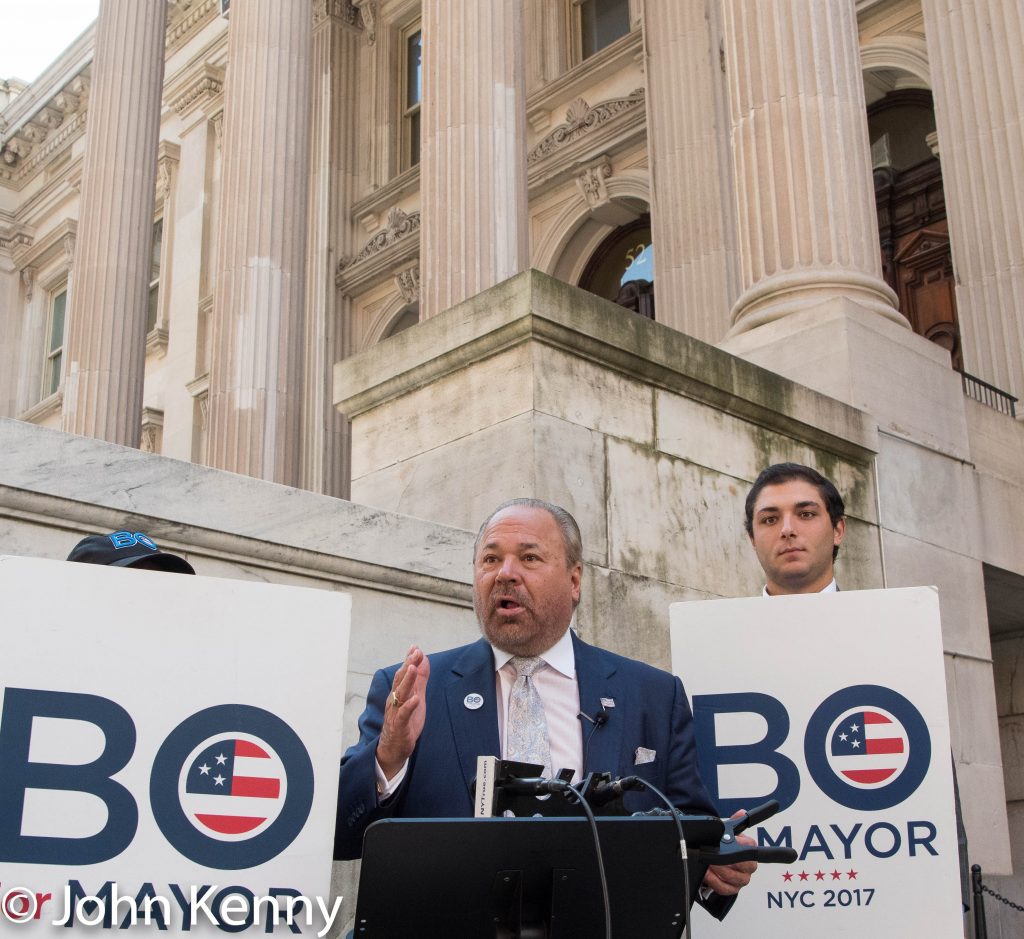 Speaking in front the Tweed Courthouse, now the DoE’s headquarters, Dietl’s primary focus was a call to implement a CompStat-like program in the DoE.  He condemned recent poor test scores reported, repeated his pledge to ban cell phones in schools, promised to expand teachers’ ability to remove disruptive students from the classroom, criticized Mayor de Blasio’s relationship with the UFT and promised to increase school safety through expanded use of metal detectors, all the while criticizing Mayor de Blasio.  He began with a critique of the mayor for failing to previously recognize the risks and dangers of electric bicycles on City streets.  (Mayor de Blasio had a news conference scheduled later Thursday to discuss a crackdown on the use of electric bicycles.)

Dietl proudly said that he developed his ideas for a CompStat-like program via “common sense,” and without consulting experts or outside advisors, looping around to criticize de Blasio for campaign contributions from the UFT.