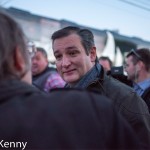 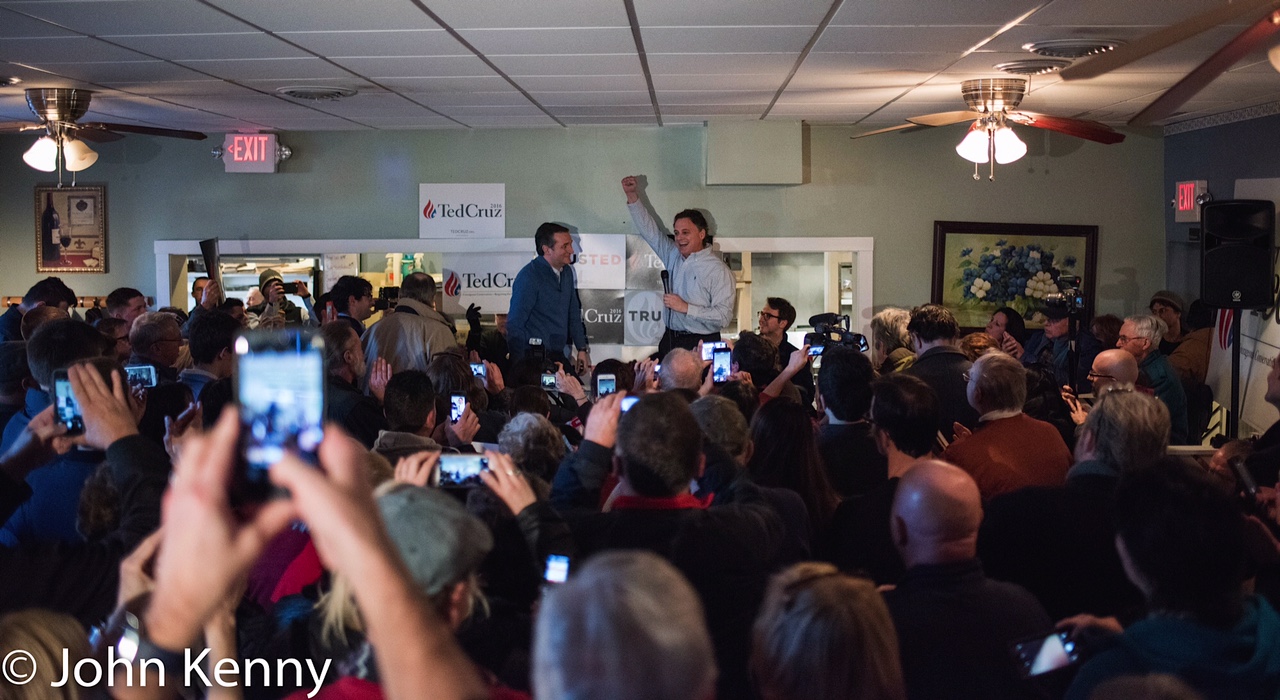 Day One promises for a Cruz administration include rescinding “every illegal and unconstitutional executive action” taken by Obama, having the Department of Justice investigate Planned Parenthood and instructing the “Department of Justice and the IRS that the persecution of religious liberty ends today.”  (On his list of early, but not Day One, actions is moving to “abolish the IRS.”)

He casts the latter days of the Obama administration as resembling the latter days of the Carter administration, noting that “the same countries [Russia and Iran] are mocking the United States president.”  Portraying himself as filling the role of Ronald Reagan to Obama and Clinton’s Jimmy Carter, Cruz recited a verse from 2nd Chronicles 7:14 in which prayer results in God healing the land of those praying.  Cruz completes the “Cruz is the new Reagan” circle by noting that Ronald Reagan placed his hand on a bible opened to that verse at his 1981 swearing-in.

Cruz answered three audience questions; on his plans to fix Social Security in the the current Washington dysfunction, his plans regarding Supreme Court appointments and the privatization of the Veterans Adminstration.  On Social Security Cruz advocated raising the retirement age for those not on or near Social Security, decreasing the rate of Social Security increases ( essentially supporting chained CPI) and adopting the George W. Bush plan to divert a portion of SSI tax payments into accounts resembling a 401(k) rather than using them to fund the Social Security system.  The former Supreme Court clerk and practitioner displayed his deep focus on the Court.  As a woman in the audience blurted out “he’s so smahhtt” Cruz criticized many past Republican appointees (Warren, Brennan, Stevens, Souter & Blackmun – no express mention of Roberts) and current Republican candidates who would “go for a stealth candidate” without an extensive public record on issues.  Cruz pledged to appoint Justices with “long proven records.” 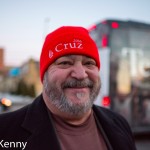 Audience members included a local older couple, appearing to be in their 70s.  They described themselves are former solid Cruz supporters who he’s lost over his proposal for a value-added tax.  Another couple, in their mid-50s, described themselves as campaign tourists from Virginia.  With one of them an enthusiastic Cruz supporter and the other leaning his way they were visiting New Hampshire for several days to see candidates in person.  As the crowd departed they moved past two men handing out Cruz lawn signs just in front of the Cruz bus.  By their description the signs are supplied by a Cruz-supporting super PAC and they are unaffiliated volunteers who shadow Cruz’s travels to distribute the signs.

Update: A sidenote on Cruz’s campaign bus is here.