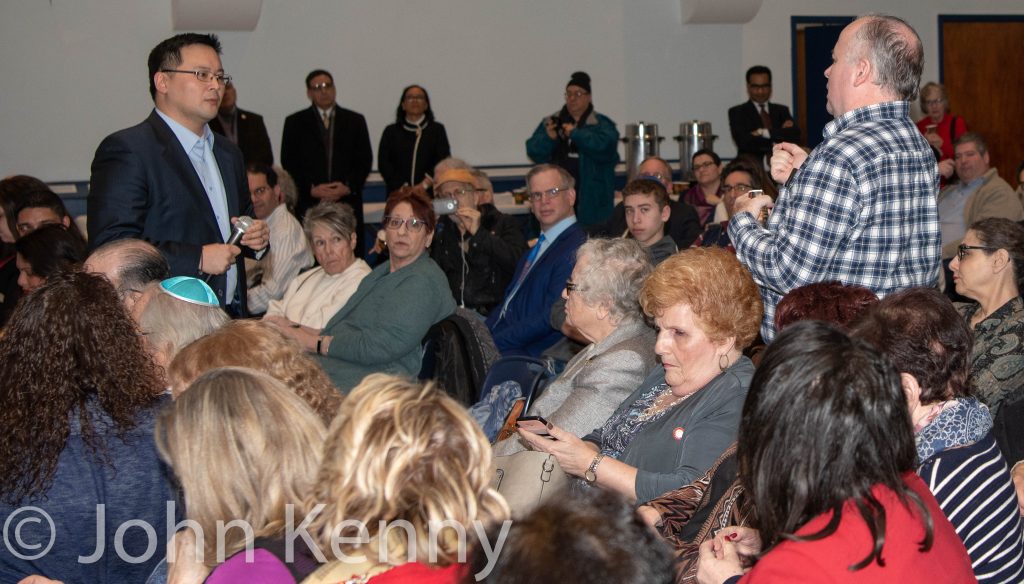 END_OF_DOCUMENT_TOKEN_TO_BE_REPLACED


“I do my official business on official email” said Mayor Bill de Blasio today when asked whether he uses “private email for public business.”  He also offered strong praise for Hillary Clinton, but did not respond directly to part of the posed question: whether he thinks its “ever appropriate … for a senior government official to rely exclusively on private email.”

Council Speaker Melissa Mark-Viverito responded somewhat imprecisely, saying that “there are times when we, yes, when we rely on private email, but we do use our government email.”  Public Advocate Tish James and Council Member Danny Dromm did not respond to the question posed by Matthew Chayes of Newsday.  de Blasio spoke during a press conference announcing the addition of Eid al-Fitr and Eid al-Adha as school holidays.